Mugabe to hand over power to Mnangagwa? 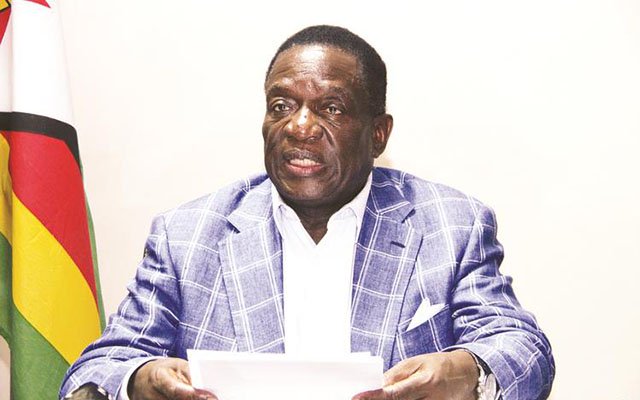 PRESIDENT Robert Mugabe has reportedly contacted fired Vice-President
Emmerson Mnangagwa, who is in self-imposed exile in South Africa, to break
their impasse and possibly hand over power, NewsDay has learnt. 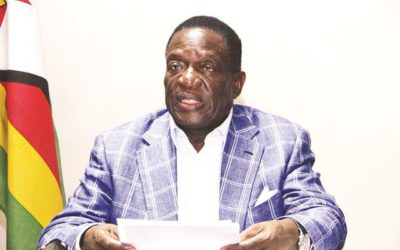 “The Zimbabwe Defence and Security Services are encouraged by new
developments which include contact between the President (Mugabe) and
former Vice-President Cde Emmerson Mnangagwa, who is expected in the
country shortly. Thereafter the nation will be advised on the outcome of
talks between the two,” Chiwenga said.

Chiwenga added that the 93-year-old leader, who was recalled as Zanu PF
leader on Sunday, “has started a process towards a definitive solution and
roadmap for the country”.

On Sunday, the Zanu PF central committee met in the capital and recalled
Mugabe, replacing him with Mnangagwa as party leader and presidential
candidate for next year’s elections.

“As this happens, we as the ZDF and security services urge Zimbabweans to
remain calm, and patient fully observing and respecting the laws of the
country for the sustenance of the precious peace we should never lose. As
your defence forces, we remain seized with the operation codenamed
`Operation Restore Legacy’. We are confident to take our beloved country
out of its present circumstances and set it on a desired development
trajectory,” Chiwenga said.

His call came amid reports that several pressure groups including veterans
of the liberation struggle were planning protest marches today to force
Mugabe to resign. On Sunday, the Zanu PF central committee sat in a
special session and resolved to recall Mugabe as the party’s first
secretary and president. He was replaced by Mnangagwa.

With students from the University of Zimbabwe in particular having refused
to write examinations demanding Mugabe to step down, Chiwenga warned such
actions were self-defeating.

“Students at the country’s various institutions are encouraged to be calm
and to proceed with their educational programmes as scheduled. They need
to remember that one day of education lost is difficult to recover,” he
said.

Mugabe is also facing impeachment by Parliament today after he failed to
comply with a Zanu PF central committee directive to resign by midday
yesterday.

Buoyed by the massive turnout at their anti-Mugabe march in Harare on
Saturday, war veterans have called another protest march today amid plans
to eventually picket at the Zanu PF leader’s private residence as part of
efforts to force him to step down.

This came as legislators have also scaled up preparations for Mugabe’s
impeachment today.

“We are going back to the people and it is the people who have the say.

Tomorrow (today), we are inviting everyone to come so that we remove that
old man,” Mutsvangwa said, adding the sit-in would be at Mugabe’s
Borrowdale mansion.

On Sunday, Mugabe, flanked by generals, assured an anxious nation that he
would attend to concerns from both the military and generality of
Zimbabweans who took to the streets of Harare and Bulawayo demanding that
he goes.

Mutsvangwa alleged that Mugabe swapped speeches on Sunday and read a wrong
one which did not indicate that he was stepping down.

In his address, Mugabe referred to “bitterness or revengefulness which
would not make us any better”, calling on his supporters to be forgive
each other.