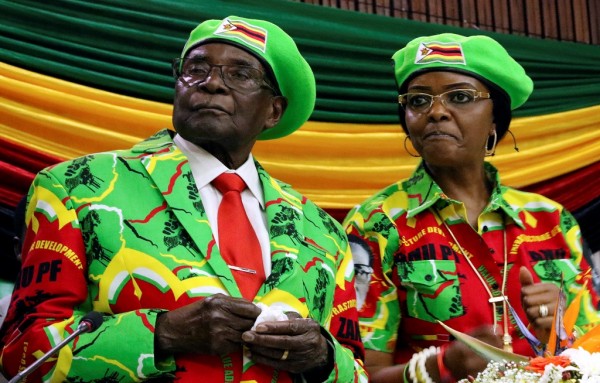 It is being reported that sacked Vice-President Emmerson Mnangagwa has taken Mugabe’s place.

JOHANNESBURG – Zanu-PF on Sunday recalled Robert Mugabe as party leader and appointed Vice-President Emmerson Mnangagwa in his place, Reuters is reporting on Sunday.

The military took control of the capital Harare on Tuesday and confined Mugabe to his home, just a day after army chief Constantino Chiwenga warned he would ‘step in’ if a political purge didn’t stop.

Hundreds of thousands of Zimbabweans took to the streets on Saturday to welcome the military intervention.