MUGABE OUT : Why Zimbabweans Are Good Waiters And Waitresses 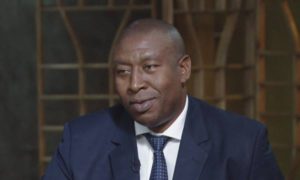 Source: MUGABE OUT : Why Zimbabweans Are Good Waiters And Waitresses | ZimEye

Farai Maguwu | Some time last year I went to Dakar for a conference. A South African of European origin was speaking so glowingly of Zimbabweans in South Africa. He said when you go to a restaurant you dont even need to ask whether the man or woman waiting on you is a Zimbabwean or South African. He said South Africans are so cold and lazy. On the contrary he said Zimbabweans can even wait on several guests at the same time and ensure all are happy. Time wont permit me to discuss the racial innuendos in his remarks. But in short he insinuated that Zimbabweans are better slaves than South Africans. indeed we very good slaves home and away.

According to an online dictionary ‘a waiter is a person, especially a man, who waits on tables, as in a restaurant’. The word has its origin in the late 14th century where it was used in reference to ‘an attendant or whatchman’. From the late 15th century onwards the word waiter assumed a sense of “servant who waits at tables”, originally in reference to household servants; inns, eating houses etc. The agent noun of the term waiter is ‘wait’. Literally it means ‘wait whilst I eat!’ How true of us?

Zimbabweans are not only good at waiting on tables. In politics they can enter the guinness book of records for being the best ‘waiters’ in the world! For 37 years they waited for something to happen to their ruthless dictator Robert Mugabe. Everyday they woke up hoping to hear the message of his death. Mugabe destroyed Zimbabwe to below ground zero and they kept waiting for something to happen.

In November, after waiting for Mugabe’s departure for decades they made another fatal mistake by handing their future to a military junta and began waiting again for something to happen. Today when you warn them that the country has been captured by the military they get furious, admonishing you for not being patient. ‘Wait, give them a chance,’ they quip.

If a Zimbabwean sees a politician s/he starts smiling at him instead of demanding that the politician account for the promises made and for the taxpayers money. Sick and hungry Zimbos compose songs and practice dances for filthy rich and thieving politicians. I don’t know any other people on earth who are as easy to oppress like Zimbos.Typical of waiters and waitresses, Zimbabweans are only there to serve their politicians and never to be served by them. The poverty and depleted savings of the ordinary man versus the stollen wealth by the politicians says it all. When these politicians drive classy state of the art SUVs the main story that remains in the community is how beautiful the Ministers’s car is. they never question government spending versus service delivery. I am appalled.

Elderly citizens are spending up to 3 – 4 days sleeping on shop pavements ‘waiting’ to withdraw a paltry $10! The very same people now in power are the ones who externalized billions out of the country, sparking this liquidity crisis that has ground our economy to a halt. Some of the cabinet ministers in the not so new cabinet have well documented corruption cases which the educated Zimbos would rather have swept under the carpet as they ‘wait’ for the government to start delivering. There have been fake arrests of corrupt officials whilst the real corruption monsters are in cabinet sharing the spoils. No one is going to be convicted. Its simply meant to excite the excitable populace. The fake arrests are actually a farce. The Most High must be watching from His Holy Hill and laughing at this charade. Laughing because He discerns the thoughts and attitudes of the heart.

Today a section of pro government members of our society are saying we dont need democracy but development. We argue that development only comes if government is held accountable and you can only hold government accountable if it is democratically elected. How can you hold a coup government accountable. Politicians only perform due to two issues: Fear of losing elections and fear of arrest. Both dont exist to the current government. They cant lose elections because they set the rules and use their own partisan officials to run elections. They cant be arrested because they are above the law. The only law that shall hold them accountable is God’s inescapable law since ‘all the tribes of the earth will mourn, and they will see the Son of Man coming on the clouds’. There shall be no hiding place for them.

They shall all appear before a righteous Judge who cannot be bribed or intimidated. Then they shall be asked to account honestly for the missing billions, each one shall stand with his loot and explain how they acquired it. Rom 2: 6 God “will repay each person according to what they have done.”[a] 7 To those who by persistence in doing good seek glory, honor and immortality, he will give eternal life. 8 But for those who are self-seeking and who reject the truth and follow evil, there will be wrath and anger

For now let the waiters and waitresses wait whilst those in power enjoy their meal. Iwe neni tine basa. Asante Sana. Ndichienda hangu???