On Saturday Mugabe’s state funeral was held at the National Sports Stadium in Harare. 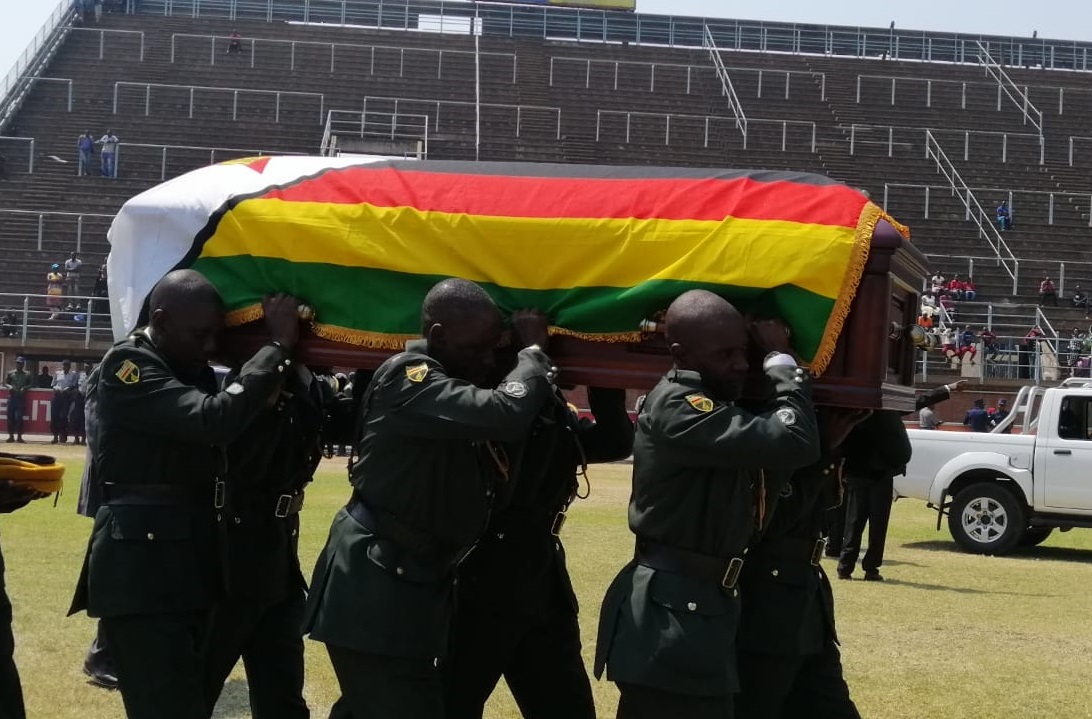 13 September 2019 – Soldiers carry Robert Mugabe’s coffin into the Rufaro Stadium, where his body lies in state for a second day.

Mugabe’s body was expected to arrive at the village on Sunday.

However, this has been postponed until Monday.

On Saturday Mugabe’s state funeral was held at the National Sports Stadium in Harare.

His burial has been delayed by a month.

Mugabe will be laid to rest at the national Heroes’ Acre monument.

“I was informed through the phone by chief Zvimba that the body will longer be coming here today. It’s coming tomorrow [Monday] at 10 o’ clock. The reasons as to why it’s not coming I have not been told. But it’s not a big problem because we have another 30 days that we are waiting for. It’s just the inconvenience to the public because we need closure. We have to wait until the place is ready at the national monument at Heroes’ Acre,” said family spokesperson, Leo Mugabe.