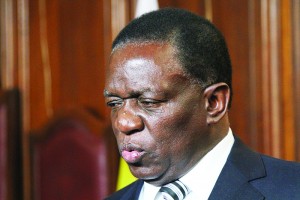 Source: Mugabe’s fall was always going to be from within or by divine intervention | News24

While covering the 2008 Zimbabwean elections, a friend asked – “how expensive is a litre of petrol and a pack of matches? Can we see our neighbours burn something to show their anger and frustration?”

She was frustrated at how “timid” Zimbabweans appeared to be in the face of a run away economy that has forced hundreds of thousands to live as economic migrants in neighbouring countries performing menial jobs, stripped of their dignity and their families split.

It was always hard to explain to a South African the fear ingrained in the decades of President Robert Mugabe’s rule and how the military, government and Zanu-PF worked together in the orchestrated campaign against opposition leaders and supporters.

The violent repression of the opposition was demonstrated earlier on in Mugabe’s government with the mass killings of Ndebele people.

In the lead up to both March and June 2008 elections, people feared even saying Mugabe’s name while in a pub or restaurant, as they lamented the economic hardship.

Government was clamping down on international media coverage and had deployed the military, police and members of the Central Intelligence Operations across the country.

What journalists thought were beautiful ladies at the bar turned out to be spies that led to their detainment. The locals knew better than to be speaking against Mugabe in certain spaces.

Other journalists were arrested for exchanging money on the black market. It was a time that 200 000 Zimbabwean notes dominated the market – and the official exchange rate simply offered no value for the American dollars one was offering.

“So you wait for the army,” we were told, “to set the exchange rate for the day on the black market and then send a trusted local to exchange the dollars for spending money for the day.”

I was told “trust no one”. I refused to open for a strange man who knocked at my hotel room door asking to check if the Bible was still in the drawer.

It was a violent election with Movement for Democratic Change activists and supporters systematically targeted. The violence was said to be orchestrated by the Joint Operations Command that was said to include Zanu-PF officials, heads of defence forces, police and the CIO.

They were a party not ready to give up power, to a “Western stooge” as they called MDC leader Morgan Tsvangirai.

He waged his fight, but in reality he never stood a chance. The government machinery behind Zanu-PF to steal the elections was there for all to see. Regional observer missions just simply turned a blind eye – afraid of Africa’s long standing big man.

Zanu-PF insiders were very clear then already that Mugabe’s fall was always going to be from within or via divine intervention.

It was never going to be through a democratic process that expressed the will of the people.

Mugabe’s fall would mean the disintegration of a government system that has never separated state and liberation party – freedom fighters and a democratic army that should pledge loyalty only to the people and the constitution.

Tsvangirai lacked the struggle credentials and within the liberation veterans like Emmerson Mnangagwa were waiting for their turn on the throne.

Finally, on the cusp of his take over, in came Grace Mugabe the first lady – feisty and with illusions of grandeur about her own power that she thought she could extend beyond her octogenarian husband. But she miscalculated.

Her public insults of the man nicknamed “Ngwena the Crocodile” because of his fearsome power and ruthlessness, did not win her support where it mattered most – the military.

So it is the military that “detained” the first family and will usher in a government of unity – leaving them firmly in control – the way it has always been.

Disclaimer: News24 encourages freedom of speech and the expression of diverse views. The views of columnists published on News24 are therefore their own and do not necessarily represent the views of News24.