JOHANNESBURG – Both Zimbabwean President Robert Mugabe’s famous ‘blue house’ and the Zimbabwean Broadcasting Corporation (ZBC) has been sealed off by heavily armed military personnel, Khuluma Afrika is reporting.Tanks were spotted heading to the capital Harare just a day after army chief Constantino Chiwenga, in an unprecedented move, openly threatened to ‘step in’ to end a purge of supporters of ousted vice-president Emmerson Mnangagwa. 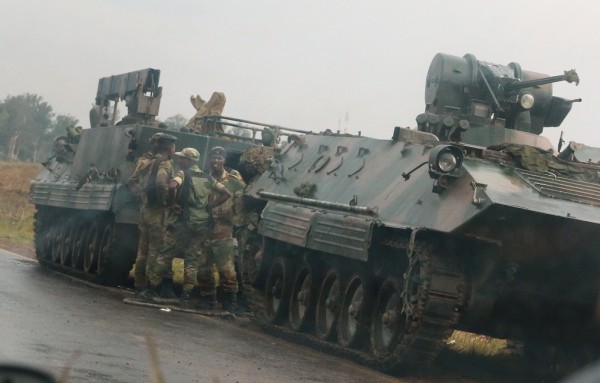 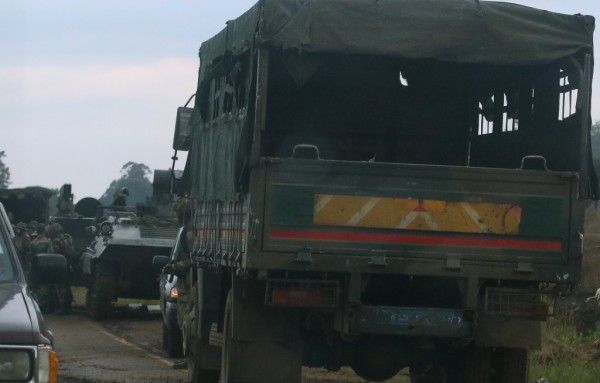 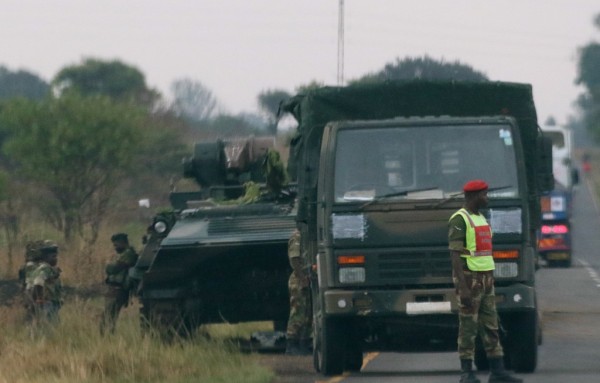 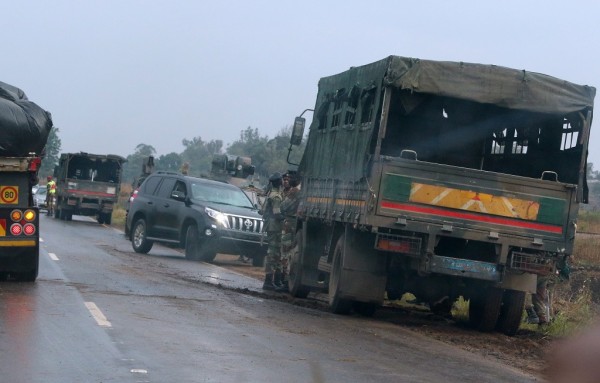 Soldiers stand beside military vehicles just outside Harare, Zimbabwe November 14,2017. Photo: REUTERS/Philimon Bulawayo
Khuluma Afrika, which describes itself as a centre for investigative journalism and current affairs, reported late on Wednesday that the heightened military presence was to improve security amid rumours of a coup.
According to the centre, Mugabe was not at home and his motorcade was still at his Munhumutapa offices, also in Harare, where secret service personnel were reportedly dispatched.The cordoning off of ZBC premises was also in line with upped security in the southern African country amid a political impasse, the website said.

eNCA’s Zimbabwean correspondent Pindai Dube confirmed the tanks were visible in the streets of Harare, with sources indicating it was a ‘show of force’ rather than a coup.

GALLERY: Tanks in the streets of Harare in ‘show of force’

“Our flights between the two countries are operating as per published schedules. Should there be a change in scheduling, a public and customer notification will be issued,” he added.

Sacked vice-president Mnangagwa, 75, a long-serving veteran of Zimbabwe’s 1970s liberation wars, had been viewed as a likely successor to Mugabe before the president fired him on 6 November.

His downfall appeared to pave the way for Mugabe’s wife, Grace, to succeed the 93-year-old president.

Robert Mugabe is the only leader Zimbabwe has known in 37 years of independence.

Newer Post
LIVE: Zimbabwe army says ‘this is not a takeover’ and Mugabe ‘safe’
Older Post
Standoff in Zimbabwe as Struggle to Succeed Mugabe Deepens