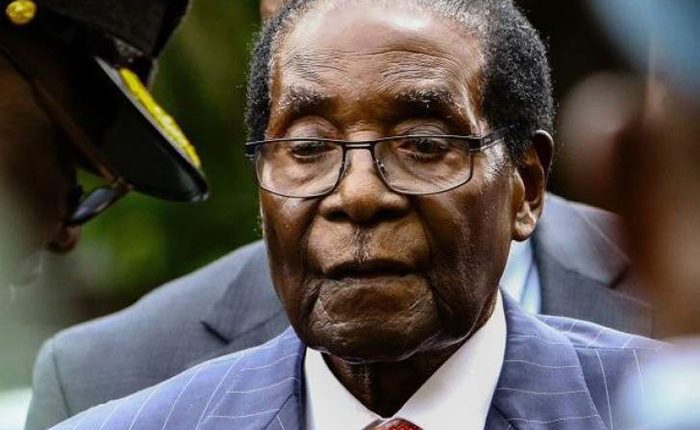 BRIAN CHITEMBA
LATE president Robert Mugabe’s family has been rocked by a fresh scandal after allegedly selling an assortment of farm equipment belonging to government departments and pocketing the money, it has emerged.

Some of the equipment sold, including tractors, high-pressure water pumps and vehicles, was bought by various government departments using taxpayers’ money.

The Mugabes accessed tractors and combine harvesters from the Reserve Bank of Zimbabwe (RBZ) during the Gideon Gono era as the apex bank governor.

Zanu PF elites mostly benefited from the farm mechanisation of 2007 which was meant to support the land reform programme and improve agriculture production. The mechanisation was drawn on patronage networks as the ruling elites and their acolytes got farm equipment.

Fresh details unearthed by the Zimbabwe Independent show that some of the equipment which the former strongman left at his Gushungo Holdings (Highfield Farm) in Norton and Gushungo Dairy Estate in Mazowe had been adopted from the Agricultural and Rural Development Authority (Arda) who had initially occupied the farms before they were handed over to Mugabe.

Gushungo Dairy Estate was originally known as Foyle Farm before the Agriculture ministry passed it to Arda as Arda Foyle for two farming seasons after which Mugabe took over and renamed it for his totem. The equipment that was at the farm had been sourced through Arda and the RBZ’s farm mechanisation programme.

Other farms which initially belonged to Arda before they were transferred to Mugabe are Mwenewazvo Farm formerly Arda Sigaro measuring 1 300 hectares (ha) and Vusumuzi, originally Arda Gwina (800ha).

At Highfield Farm in Norton, Mugabe bought the property in the 1980s but during the land reform programme he took over four surrounding farms — Tankatara, Cressydale, John O Groats and Clifford — and again, through the Agriculture ministry the farm received several centre pivots on the five farms measuring a staggering 4 800ha.

But ever since his death on September 6, 2019, Mugabe’s empire has been crumbling as a private farming firm is now renting Gushungo Dairy Farm in Mazowe – 40km north of Harare. Even the Alpha Omega dairy products have disappeared from the shelves, proving how Mugabe’s sprawling empire has been brought to its knees.

According to high-level officials, the District Development Fund (DDF) – a quasi-government department under the Office of the President and Cabinet (OPC) – also left some of its equipment at Mugabe’s vast farms.

After Mugabe occupied the farms, Arda and DDF never recovered their assets.

“DDF was doing a lot of work at the Gushungo farms. And Arda got assets at the farms before the land was transferred to the then first family. Most of the equipment belonging to both DDF and Arda was auctioned and government lost its assets,” said an official who spoke on condition of anonymity.

The farming equipment was first sold in May 2019 while another auction was done in March this year. These include Massey Ferguson tractors, motorcycles, Scania horse trucks and Bluewater pumps.

In February 2022, a leading auctioneer advertised that it was selling the equipment but some Arda officials noticed that a Mazda B1800 truck belonging to the parastatal was being sold.

Arda managed to stop the sale of the truck.

However, over 20 tractors were auctioned and the money was pocketed by the Mugabe family.

“About 90% of tractors and equipment sold at the May 2019 and March 2022 auctions was given under the RBZ mechanisation programme. They (Mugabe’s family) sold and pocketed the money,” an official told the Independent.

The tractors had an RBZ numbering marked using white paint.

Lands and Agriculture minister Anxious Masuka could not be reached for comment as his mobile phone was not reachable. His deputy Vangelis Haritatos was also not available and he did not respond to questions sent to him.

RBZ governor John Mangudya also did not respond to questions.

Farmers said it was government policy that equipment given to farmers under the mechanisation programme remains state property.

Before the tractors were auctioned, the command agriculture team had offered to refurbish the equipment to benefit other farmers but the Mugabe family shot down the proposal.

A farmer in Norton who also requested not to be named citing the sensitivity of the matter said he bought some of the tractors for spares.

“I also received tractors under the mechanisation programme but was failing to get some spare parts. I opted to buy the tractors from the Mugabes at the auction this year so I could break for spares,” he said.