For someone seeing him for the first time, they would be forgiven if they said they have not missed much. 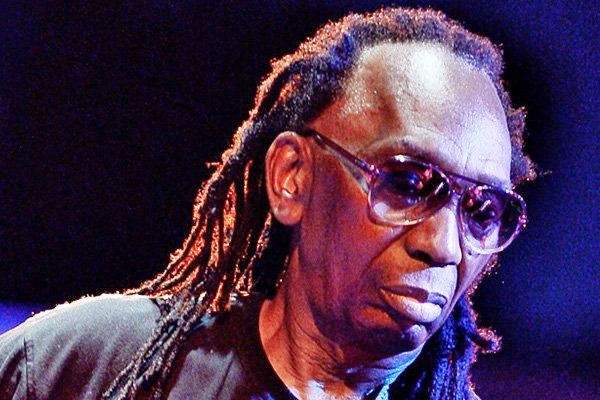 For someone seeing him for the first time, they would be forgiven if they said they have not missed much.

By Rex Mphisa in Beitbridge

Scores of his faithful fans that have followed him for years would most probably say age is catching up with Thomas Mapfumo and perhaps it is time to bid regular staging or whirlwind tours bye.

Or maybe he did not get adequate time to rehearse with the group of musicians he had on his crew, particularly the cute dancing girls who looked newly enlisted?

Smart they were, yet choreography was another thing.

Two of the lady dancers with twin costumes were polished while the other two were more often than not lost and seemed to have been roped in to complete the 16-piece orchestra.

Perhaps, the effect of his long haul flight from his base in the United States of Americawas taking its toll, Mapfumo’s offering at his Beitbridge leg of the Peace Tour was just not convincing.

Coming against the background of an aborted show in Gweru where, politics failed to give way to the independence of art, Mukanya could have done better.

Yes, he can blame the unforgiving heat of Beitbridge were temperatures during the day topped 40°C for the overally dull evening.

“His biggest enemy though was his pricing of tickets at US$10, $35 bond or $40 bond transfer, which scared people away,” clearing agent and music promoter Abyssiniah Matongo said.

“Mapfumo could have reduced charges to the ordinary $5 and this would have increased attendance by almost four times doubling his take.

“Crowds that roar back to his Yahwee chant are not here, he should have studied the market and now the likes of [Alick] Macheso have had better figures than him.”

On perfomance, flashes of brilliance still hold, but his sound engineering let him down.

Three times he called the engineers to kill feedback sounds that ate into his bellowing voice when he was almost climaxing, pushing him to restart the formular.

“Shamwari, gadzirisa zvinongorira izvo (My friend, fix those sounds in the background),” he bellowed thrice to the sound engineer when he was forced to cut short songs due to nagging feedbacks.

The crowds sang along golden oldies, trademark sounds that have made Mapfumo the great name he is today. Shabeen, Joyce, Chipatapata and Mugarandega were some of his ballads and he would have the crowd providing live show background vocals.

His pricing may, however, have managed to sieve out undesirable chatacters.

There were no violent incidents at all and police on duty also enjoyed the music.

“Save for a few visiting pickpockets, the crowd is so peaceful and drinking happily,” a cop told The Standard Style.