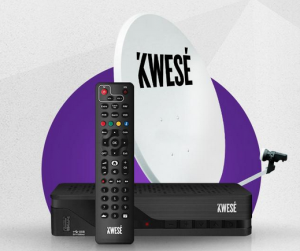 Harare – Aggressiveness could be the key strategy for Zimbabwean telecom and media company Econet Wireless, whose Kwese pay television platform is offering free Facebook access and a subscription package for civil servants.

The Kwese pay-TV platform has taken competition directly to MultiChoice Zimbabwe’s doorstep. However, DStv Zimbabwe is holding onto its market share although Kwese is becoming popular in the country after overcoming initial government resistance over licensing issues.

On Thursday, Kwese TV announced a new deal aimed at the country’s civil service employees which will give them premium subscription, free installation and free decoders for $20 per month over a period of two years.

“In the event that a sizeable amount of civil servants sign up for this, Kwese will also now have a steady revenue as they will be guaranteed to get this money over the next two years.

“This also gives Kwese a better chance of retaining their customers as they could improve the content on their platform over the duration of the two years,” Farai Mudzingwa wrote in the Techzim blog on Thursday.

Civil servants have to bring current payslips and IDs to sign up for the new offering.

DStv Zimbabwe charges $65 for its Premium option, $25 for its Compact option, and $8 for its Access bouquet. Kwese charges $28 for its premium offering for general viewership.

Apart from the offer of decoders for civil servants, Econet Wireless has also announced free Facebook access for its mobile network subscribers in Zimbabwe.

Rival operator NetOne has just announced an adjustment to its promotional OneFusion platform, giving better data offerings for Facebook and WhatsApp access for its $5 and $10 options.

The data capacity on the OneFusion platform has now been slashed by about 50% in some options, while the validity period has been reduced from 30 days to 21 days. The company has also had to compensate users who were incorrectly billed the new rates without being duly notified of the changes in line with regulatory directives.

Econet has however gone zero rated for Facebook access on its network, in what appears to be an aggressive promotional strategy to encourage usage of its data network.

‘No data, no problem’

The company said on Wednesday via a text to subscribers that it is allowing network users to access Facebook on their mobile phones, even when they do not have data credit.

The two over the top services have become popular in Zimbabwe, with the Posts and Telecommunications Regulatory Authority of Zimbabwe saying last year that WhatsApp accounts for up to 44% of all mobile internet usage in the country, while its parent company Facebook takes up only 1%.

Newer Post
The Mugabe we knew, and hoped against
Older Post
Mugabe speaks out on post-coup order