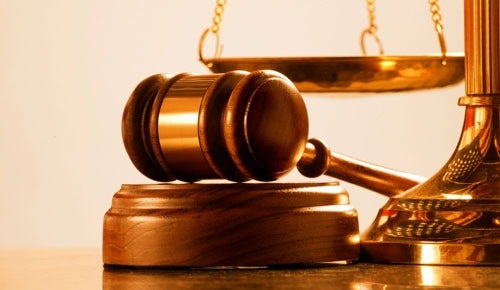 A RECENT judgment by Supreme Court judge Justice Charles Hungwe that nullified resolutions and by-laws requiring legal practitioners to apply and pay for trading licences has dealt a blow to revenue collection plans by councils and municipalities.

A number of cities and municipalities have of late intensified efforts to maximise revenue collection from businesses and targeted law firms given the increase in the number of registered legal firms across the country.

Justice Hungwe’s judgment came about after City of Harare, City of Mutare and Municipality of Chinhoyi passed resolutions empowering them to promulgate by-laws enabling them or their employees to charge and collect licence fees from legal practitioners conducting business in their jurisdictions.

However, Harare mayor Herbert Gomba said although the City of Harare will be compelled to implement the court’s judgment, he feels lawyers, as citizens, must also contribute to the development of the city.

“I do respect all court judgments and will, as council, implement it to the fullest unless an appeal is made. I also feel lawyers, as citizens, they must contribute to the development of the city,” Gomba said.
A number of legal practitioners affected by councils and municipality demands had objected to move, arguing that they are professionals whose licensing is regulated by a professional body, the Law Society of Zimbabwe (LSZ).
The lawyers petitioned the High Court for recourse, saying since they all pay their trade licences to the LSZ; they should not, therefore, be made to make further payments to the councils or municipalities.

“It is clear that the three respondents (City of Harare, City of Mutare and Municipality of Chinhoyi), so applicant submits, for purely economic reasons, have sought to raise licence fees from legal practitioners either without any lawful basis or relying on by-laws promulgated by the Local Government minister purportedly based on either section 219 or 229 of the Urban Council Act,” Justice Hungwe said.

LSZ argued that its view was that trade licences, which the councils and municipalities were demanding, were for traders only and not legal practitioners who cannot be classified as traders.

“As professionals they (legal practitioners) are licenced by a relevant authority which is the applicant (LSZ),” the body said, adding that the business of its members is governed by the Legal Practitioners Act through the Council of the Law Society.

In his determination, Justice Hungwe ruled in favour of the LSZ.

“Any resolutions passed by and/or by-laws enacted at the behest of the respondents requiring applicant’s members to apply and pay for trading licences in order to provide legal services to their clients are invalid, null and void and of no legal force or effect,” he said.

“Any resolution and/or by-laws referred to in paragraph 1 above wrongfully and unlawfully interfere with the independence of the legal profession and are invalid, null and void and of no legal force or effect and any resolution and by-laws referred to in paragraph 1 above are ultra vires section 219 of the Urban Councils Act. The respondents shall pay the cost of this application.”