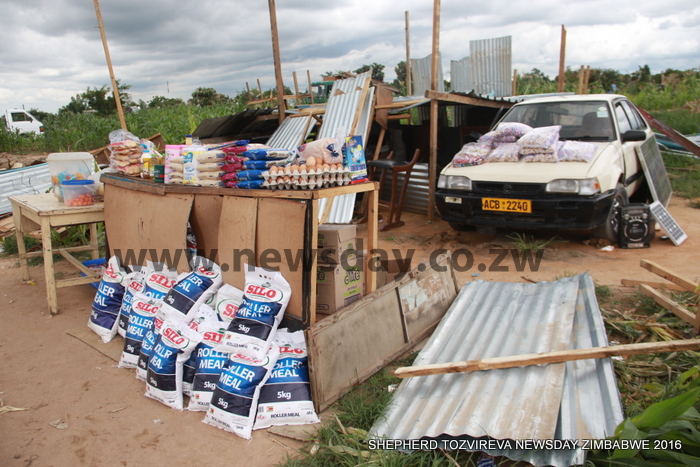 The Harare City Council has issued a warning to owners of illegal structures that if they do not remove the structures voluntarily, the council will step in and demolish them.

In a statement issued on their official Facebook account, the council advised the illegal tuckshop operators not to pay money to individuals claiming to have the authority to save their structures from removal.

In a joint statement by the Minister of State for Provincial Affairs and Devolution for the Harare Metropolitan Province, Oliver Chidawu, and Harare Mayor, Herbert Gomba, government justified the demolitions that have taken place in Mbare, Highfields and other areas in Harare, stating that they were paving way for an orderly post COVID-19 period where optimum revenue collection by the local councils would be realised.

“Government and other local authorities are not insensitive to the plight of informal traders and fully realize the need to maintain their sources of income,” read the statement.

The statement added that the Harare City Council and other local authorities were already in the process of identifying and preparing alternate work spaces for informal traders, which are expected to be ready for use by the end of the extended lockdown.

First preference to these spaces shall be given to traders affected by the current demolitions.

Following the breakdown of the COVID-19 pandemic, the government promulgated Statutory Instrument 77 of 2020, which authorises local authorities to destroy any premises “the occupation or use of which is considered likely to favour the spread or render more difficult the eradication of such disease”.

The demolition of these structures have raised the ire of vendors, who questioned the local authority’s timing, saying there was something sinister in destroying their tuckshops during the lockdown.

Fifteen years ago, the government embarked on Operation Murambatsvina, a much condemned operation, where it claimed it was ridding cities of slums.

Hundreds of thousands of people were displaced and plans to resettle them have often been half hearted and piecemeal.