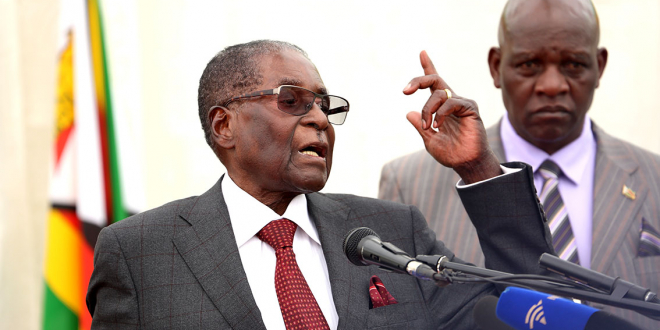 DESTINY for Afrika Network founder, Obadiah Musindo has scoffed at former President Robert Mugabe’s remarks that he was unconstitutionally removed from power, saying the veteran leader was the chief culprit in violating the Constitution during his 37 years in power.

Musindo made the remarks on Saturday, while addressing hundreds of beneficiaries of his low income housing scheme in Mutare. The cleric said Mugabe cannot preach about constitutionalism, when he owns 21 farms.

“Nothing unconstitutional was done to remove Mugabe from power, he resigned knowing that he was going to be impeached by the Parliament of Zimbabwe and wanted to give him a vote of no confidence. The people, who had kept Mugabe for 37 years are the same people who told him what to do.”

“What Constitution is Mugabe is talking about? He was preaching one-man one-farm and has 21 farms. Was he following the Constitution? Is this Constitution to protect criminals? There are people, who stole from the government and Mugabe protected them,” he said.

The army said they were targeting criminals around the President, whom they accused of committing crimes, chief among them corruption.

Ignatious Chombo, Kudzanai Chipanga, Walter Mzembi and Samuel Undenge have since been arrested and have appeared in court facing several charges, among the abuse of office.

Ironically, Musindo last year ordered beneficiaries of his low-cost housing project to vote for Mugabe and have the long-serving leader’s portraits in their houses.