Mutambara missing the point on dialogue

Source: Mutambara missing the point on dialogue – The Zimbabwean

The MDC would like to set the record straight that the call for dialogue is not a clamor for a GNU, but a call to return this country to legitimacy, pursue a trajectory of growth, peace and economic relief. 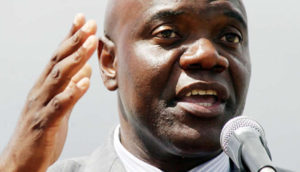 The Herald’s celebration of Mutambara’s statement to the effect that there cannot be dialogue in a situation where some party has a Parliamentary majority is therefore premature. For the avoidance of doubt, dialogue must focus on a programmatic agenda whose implementation has not been prescribed by the MDC. We have made it clear that implementation mechanisms must be a product of dialogue in which we propose a National Transitional Authority.

This is, however, a last point of discussion, only following an agreement on a program over the following issues.

1. Resolution of the legitimacy crisis arresting our country.
2. Political and Institutional reforms.
3. Dealing with the urgent economic issues to give the people of Zimbabwe a break from the current suffering.
4. Outlining a program of National Unity and Transitional Justice.
5. Setting a strategy for International re-engagement.

These are issues that the two-thirds majority being referred to have failed to resolve beyond reasonable doubt.

We place it on record that the MDC did not only challenge the Presidential results, but several petitions were filed in respect of the House Assembly including one in which ZEC admitted to calculation failure.

We want to correct the idea that dialogue only takes place in a situation of a hung parliament. There was dialogue in Zimbabwe in 2007 leading to amendment number 18 of the previous Constitution. Zanu PF back then had a majority.

Anyone who means well for this country would agree that only dialogue can serve our people from the unpalatable suffering, preserve peace and avoid yet another elite implosion.

Behold the New. Change that Delivers.