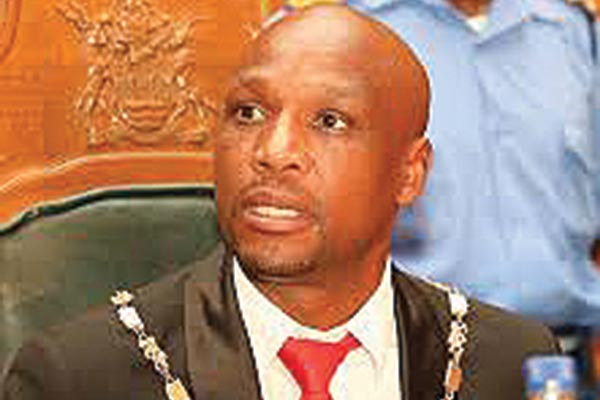 Mutasa RDC gets water from Odzani Waterworks and Pungwe Pipeline, which are owned by Mutare City Council, but the rural district council has accused Mutare of imposing a punitive water rationing regime.

Almost two weeks ago, there was chaos in Tsvingwe and part of Penhalonga after Mutare City Council cut water supplies for almost a week, accusing the Mutasa RDC of not paying its bills.

Redwing Mine in Penhalonga, which uses a large chunk of water, has also been reportedly not paying water bills to Mutasa RDC.

“I want to tell you the councillors here present that the impasse between us and Mutasa Rural District Council is still on over water supplies. We have since approached the Local Government ministry so that it can break the impasse,” he said.

“We want us to work as a team and I am just the coach over the matter. I think we have a major role to play to address such water issues.”

He added that they had been affected by the stringent water rationing regime by Mutare City Council.

“We get water supplies from the City of Mutare, which owns both Odzani Waterworks and the Pungwe Pipeline. As such, our ability to effectively deliver the much-needed precious liquid to our ratepayers has been negatively affected by a stringent water rationing regime implemented by Mutare City Council,” he said.

“As it stands, our residents are, under the new regime, getting water for two days per week. This, unfortunately, is grossly inadequate.

“There is need for effective mediation by superior powers so that an amicable solution to the Mutasa Rural District Council and City of Mutare water dispute is addressed once and for all.”