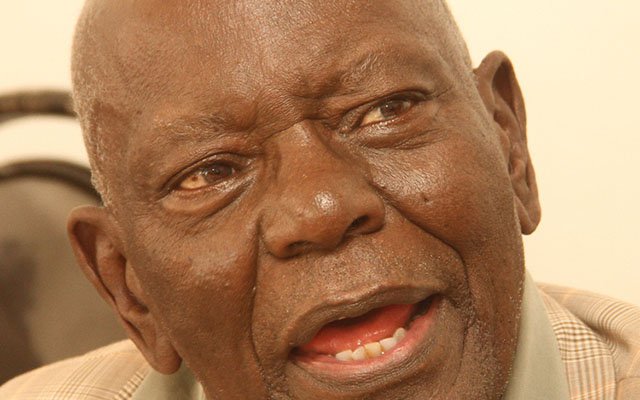 HARARE – Former State Security minister Didymus Mutasa says President
Emmerson Mnangagwa is unfortunate to be singled out and blamed for the
Gukurahundi atrocities in the Midlands and Matabeleland regions as it was
a collective decision taken by Cabinet as well as the Joint Operations
Command (Joc) of that era. 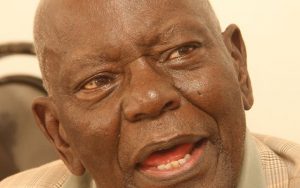 In an interview with the Daily News at his home, the former secretary for
administration for Zanu PF before his expulsion in 2014 said he has no
problem working with Mnangagwa, a feared politician whose name has often
been dragged into the Gukurahundi atrocities of the 1980s where an
estimated 20 000 people were killed.

“Actually, I don’t see why he is the only one blamed for Gukurahundi, the
whole Cabinet during that time must be blamed, for some time Enos Nkala
was Defence minister.

“Nkala hated Zapu so much, I know him very well and I know all the former
big guns, we used to argue about that, but nobody has ever mentioned
Nkala, so why blame him alone, there was Joc which had people, why are
they not blamed, you keep blaming Mnangagwa anenge ane jambwa, ngaabike
doro (he is unfortunate and has evil spirits which he must get
exorcised),” said Mutasa.

During the Gukurahundi era Mnangagwa was the minister of State Security
while Mutasa was the speaker of Parliament.

Activists and some politicians say Mnangagwa played a key role during
Gukurahundi, charges which he vehemently denies.

Asked whether Mnangagwa is a ruthless politician, Mutasa said as far as he
was concerned he can work with him albeit with caution.

“We went to the front almost the same time in 1977, I shared prison with
him but he was not as close to me as was (former President Robert) Mugabe
and the late Edgar Tekere, but I know him sufficiently, if I am asked to
walk with him as was the case around independence, there is nothing to
fear,” said Mutasa.

The former spy chief said Mnangagwa is an efficient person who is often
good at delivering what he would have been assigned to do.

“If you discuss things and ask him to do something, he will do it
properly, but because there is a lot of mistrust unotofamba wakabata
bakatwa rako (you need to be on the lookout and armed). There is a lot of
fear around Mnangagwa that people talk about, but myself I have never seen
it, I was with him during the war and we came together, we lived together
and worked together but of course I had my own dagger just in case,” said
Mutasa.

Asked whether he would be willing to re-join Zanu PF now that Mugabe is
out of the way, Mutasa said the president has to prove himself first.

“There is need for honesty from the leadership, people are listening to
what he is saying very closely, people are still afraid of him, maybe
because of the presence of the army which helped Mnangagwa ascend to the
top, but they have to guarantee free and fair elections, let us be totally
democratic, whoever wins will have the people’s mandate, but as long as
people are sceptical that would be wrong, we are saying remove all that.

“I have no doubt at all that if he does that he will win, because so far
people are indicating that they like him, why would he rig? Let’s have a
proper election where he is elected president, when that happens I will
submit myself to him and say let us sort out the Gukurahundi issue,” said
Mutasa.

On re-joining Zanu PF, Mutasa said he will have to wait and see.

“I will have to wait and see where we are going. I want to comment from
the side-lines. I am grateful for what they have done so far, but you
cannot divorce yourself completely from what is happening.”