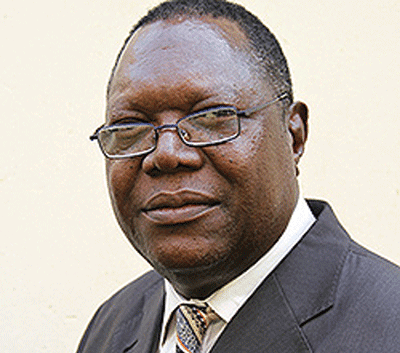 Former Mashonaland East Provincial Affairs minister, Ambrose Mutinhiri will see his tractors go under the hammer to settle a $54 000 debt with the State-owned power utility, the Zimbabwe Electricity Transmission and Distribution Company (ZETDC).

Mutinhiri was dragged to court over an outstanding $54 798,86 debt to ZETDC and the Sheriff of the High Court will today put his two tractors under the hammer to recover the money.

According to a notice in the local Press yesterday, a Massey Ferguson 5365 tractor and a John Deere tractor 1850N are set to be auctioned and sold to the highest bidder at Newton Farm along Hwedza Road.

In its application at the High Court, ZETDC claimed that Mutinhiri owed the power company $54 798,86 for power supplied to his Milton Farm in Marondera and at one Barbara Mutinhiri’s residence.

The ZEDTC lawyers stated that Mutinhiri had failed, neglected or refused to pay the sum due, despite written demand.

The power distributor stated that, as a result of Mutinhiri’s failure to abide by the parties agreement, it was now seeking payment of the whole outstanding amount, including interest at the prescribed rate, which would be calculated from the date of issue of the summons to date of payment in full, plus cost of the legal suit.

Zimbabwe has been experiencing massive power cuts lasting for up to 18 hours due to failure to clear debts with neighbouring countries to enable Zesa to import more electricity in the face of reduced generation due to dwindling water levels in Lake Kariba.