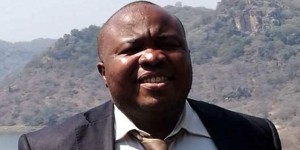 SPECIAL advisor to President Emmerson Mnangagwa, Chris Mutsvangwa’s son Neville has been appointed to the Ariston Holdings board by the National Social Security Authority (NSSA), TheFinancial Gazette has learnt.

The appointment is with effect from April 1, 2018, according to a letter dated March 27 and signed by NSSA general manager, Elizabeth Chitiga.