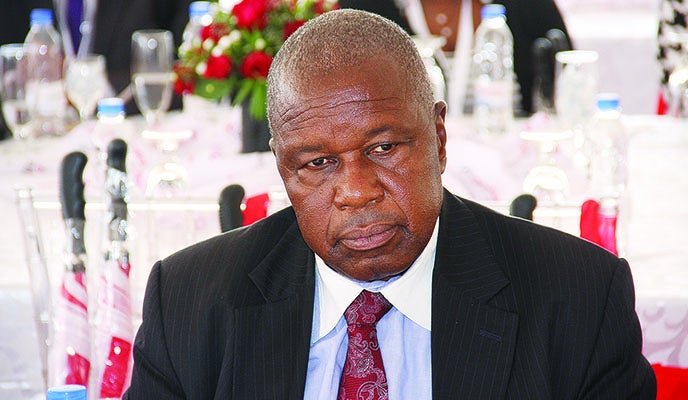 THE case of Information minister Monica Mutsvangwa and former adviser to the President, Christopher Mutsvangwa’s son, Neville, who is allegedly running an illegal foreign currency trading business, has spilled into Parliament, where an opposition senator grilled Finance minister Mthuli Ncube over the reports.

This comes in the wake of the arrest of five Zimbabwe Republic Police officers on charges of robbing a money changer of US$11 000 despite receiving a US$3 000 bribe to release
US$200 000 they had confiscated after a raid of Avenues offices reportedly belonging to Neville and his associates.

Midlands senator Lillian Timveous grilled Ncube over the issue, saying: “We have been following the news and Mutsvangwa’s son was caught with over US$200 000, (in a case where) he is allegedly dealing in illegal foreign currency business. When the police apprehended him, he was found with US$200 000 and what is the Minister of Finance going to do to stop such illegal activities?”

Ncube said he could not respond to an issue which was already before the police. He also failed to further explain what should happen to illegal foreign currency dealers.

“The issue is before the police, which really means they are dealing with it. In a sense, the Minister of Finance has no role because the law enforcement agents have already started their process and they are dealing with the matter. Obviously, we will also watch the space to see how that is concluded. The police are doing their job,” Ncube said.

Ironically, on Tuesday at a post-Cabinet briefing, Mutsvanga threatened to name and shame sharks behind illegal foreign currency dealings while also attacking an insurance giant.

In 2018, President Emmerson Mnangagwa’s government amended the Exchange Control and Money Laundering and Proceeds of Crime Act through a statutory instrument, which prescribed 10 years imprisonment for illegal foreign currency dealers in an effort to stop illegal money deals.

On Thursday, when Reserve Bank of Zimbabwe governor John Mangudya appeared before Parliament, he said there was a lot of indiscipline in the country, which had given rise to the illegal parallel market on foreign currency.

“Who is that one so rich that they can move the rate of exchange? Who is that person who has the RTGS dollars for them to have the exchange rate going up?” Mangudya had queried.
Black market rates were hovering around 800% to the United States dollar.

Ndlovu said people in rural Zimbabwe did not even understand the term RTGS dollar.

“Is it feasible for you to translate that into indigenous languages so that people understand what RTGS is?” Ndlovu asked.

Ncube said there was no need to translate the RTGS dollar to the indigenous languages of Zimbabwe.

“Real Time Settlement System (RTGS) is actually our dollar. You just tell the people that RTGS is our dollar, just that. They can pay through Ecocash and swipe, while others may use the bond notes. The bond notes and RTGS are equal. This is our position as government. There is no need for us to explain that in indigenous languages. It is just our dollar ,” Ncube said.