Mwonzora in soup over anti-sanctions trip 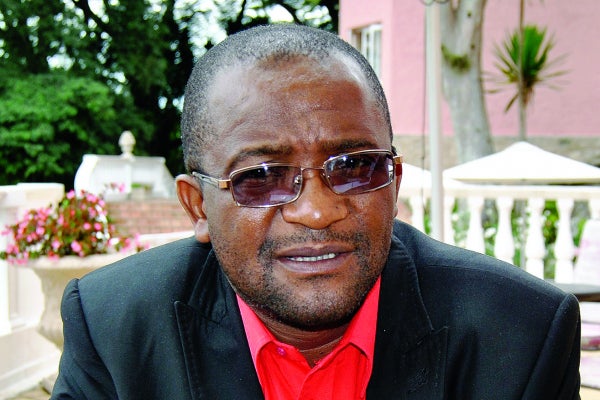 BY BLESSED MHLANGA
INTERNAL strife is threatening the Nelson Chamisa-led MDC ahead of its 20th anniversary celebrations amid reports of sharp divisions emerging over the strategy the opposition party should employ to face off against the well-oiled Zanu PF and government machinery.

Insiders told NewsDay that the party was worried over its recent poor showing in by-elections, the thwarted demonstrations and disharmony in the party, particularly by loyal party members who felt hard-done after failing to secure appointment into the party’s national executive.

“There are concerns over how the party is being run. More concern was on how we are failing to run the party at a time when the economy is collapsing. We should be using the public sentiment to our advantage; the party keeps losing to Zanu PF,” a highly-placed source said.

The tensions have seen party leadership turning against each other with knives going out to former secretary-general Douglas Mwonzora, who faces disciplinary action for travelling with Zanu PF MPs to Sweden for re-engagement meetings.

Sources said the party has appointed vice-chairman Job Sikhala to conduct a disciplinary hearing against Mwonzora, who is now accused of fronting a Zanu PF agenda and nudging the MDC towards dialogue whipping sentiments against demonstrations.

Sikhala said he was not aware of the charges against Mwonzora.

“Nothing that I know at the moment. If there is anything that will come we will cross the bridge when we get there,” he said.

Mwonzora, who is MDC deputy secretary of international relations, travelled to Sweden with Speaker of the National Assembly Jacob Mudenda, Kindness Paradza, Joshua Sacco of Zanu PF and Priscilla Misihairabwi-Mushonga of MDC-T for a re-engagement diplomatic mission, which has angered some of his peers in the party.
On return, he presented a report to the party, detailing the outcomes of the meetings in which the parliamentary team met officials from Sweden’s Foreign Affairs ministry, the Speaker of the Swedish Parliament, officials from the ruling Social Democratic Party, the secretary-general of the Olof Palme Centre as well as the representatives of the Swedish Trade Union Confederation.

He is accused of having joined Zanu PF in pushing for the removal of sanctions during the meetings, an allegation Mwonzora has since denied.

In his report, Mwonzora said the Swedish government told Mudenda’s delegation that they would only support Zimbabwe if President Emmerson Mnangagwa held talks with Nelson Chamisa and genuine reforms are put on the table.

Mwonzora has since denied any wrongdoing, saying he will wait to hear from his party, but remained loyal to the cause, the leadership and the constitution of the MDC.

“I have not committed any offence at all. I have followed all the procedures to the book and I have submitted my report to the party. The European Union lifted sanctions against Zimbabwe a long time ago and as far as February 19 they indicated that they were not going to re-impose the sanctions. As far as I know only the late (former President) Robert Mugabe and his wife and the Zimbabwe Defence Industries are still on EU active sanctions, the former army personnel Constantino Chiwenga and Perrance Shiri, including army general Phillip Valerio Sibanda are on the inactive list,” he said.

MDC deputy spokesperson Luke Tamborinyoka denied the reports that the party was in turmoil, saying it remained united and would continue with demonstrations to ensure that political pressure piles on Mnangagwa.

“We actually launched our demonstrations in major cities which were proscribed. Zanu PF is fearful because on the ground we have massive support. So we have a thought leadership and I can tell you we achieved a lot of things through those demonstrations even though they were banned. But I tell you we showed that we have a lot of traction in the country.”

Tamborinyoka said the national executive was working in common purpose.

“We are very united at the cockpit level, very, very united. We are a cohesive unit. President Chamisa is out of the country on a diplomatic offensive. That is just smoke without fire, teargas is smoke, but there is no fire,” he said.