Mwonzora, Khupe Are Like Snakes In The House – CCC

OUTSPOKEN Citizens Coalition for Change (CCC) interim chairperson Tabitha Khumalo has declared there is no room in the party for erstwhile colleagues, Thokozani Khupe and Douglas Mwonzora, equating them to snakes creeping into the house.

Source: Mwonzora, Khupe Are Like Snakes In The House – CCC – The Zimbabwean 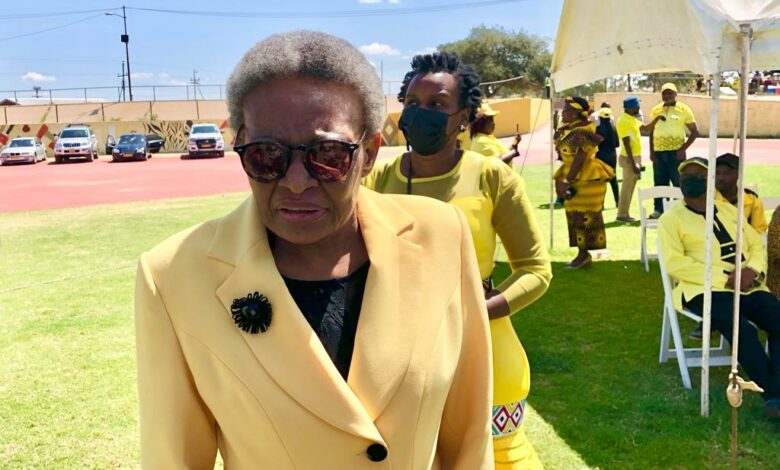 While Mwonzora has not expressed any desire to join the Nelson Chamisa-led outfit, Khupe has been seen with CCC interim vice president Welshman Ncube, prompting speculation she was making moves to join the party.

Ahead of the March 26 by-elections, she also formally endorsed CCC candidates.

But Khumalo, who was among legislators recalled by Mwonzora in 2020, said there was no way the two would be allowed to join the CCC since they caused so many problems.

She said the current tense political situation was caused by Mwonzora and Khupe.

“We have a situation where a snake sneaked into the house, swallowed all the kids and when we attempted to kill it we did not finish it off … And now we want it to be part of the family. No. You can’t bandage a snake because when it heals it will bite you,” Khumalo said.

“It’s frightening to hear some people suggesting that we should form a coalition with Mwonzora before the next elections. We are where we are today because of Mwonzora and Thokozani Khupe. We can’t work with such people. People rejected them long back, they rejected them in the recent by-elections and continue rejecting them right now,” she said.

“We just had by-elections in which people expressed their feelings. It’s important to have coalitions but people are saying we should not work hand in hand with Mwonzora and (Thokozani) Khupe. We can’t do what people don’t like,” she added.

However, MDC-T spokesperson Witness Dube said they are willing to work with all progressive people in Zimbabwe, including CCC, ahead of the general elections.

“The MDC-T’s foundations are on solidarity and togetherness in order to achieve our goals. That’s the reason we contested the recent by-elections as MDC Alliance which comprises six political parties. We have realised that when we go for elections, it’s important to work with other political parties or any organizations with the same vision of transforming Zimbabwe. We can work with any political party that opposes Zanu PF in order to bring change,” he said.