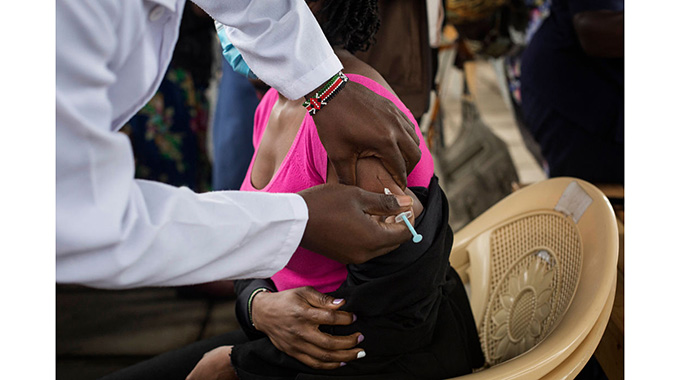 Residents of Chitungwiza had high hopes when the council promised to set up isolation facilities at the height of the Covid-19 pandemic in 2020.

Now, a year later, the facilities lie idle and are subject of allegations of embezzlement.

The declaration enabled the government to mobilise resources to respond to the pandemic and Mnangagwa called for national unity to help stem the spread of the coronavirus.

With an already ailing health system, it was likely that the already overburdened health facilities would be overwhelmed.

The government, therefore, partnered with local authorities, the corporate world and other stakeholders for the establishment of Covid-19 isolation centres across the country.

Each of the country’s 52 districts was suppossed to set up  a Covid-19 isolation and treatment centre using health facilities within their respective jurisdictions.

Government pledged to financially support the establishment of Covid-19 isolation and treatment centres as well as other response activities through a multi-million fund set aside by treasury.

In the wake of this new development, Chitungwiza Municipality announced that it was transforming Seke South Clinic in Unit L into a 45-bed Covid-19 treatment hub.

The council said it would transfer health care services from Seke South Clinic to Seke North (Makoni) and Zengeza clinics to pave way for renovations.

Then acting town clerk Tonderai Kasu, who is also the council’s director of health services said the isolation centre would have a five-bed intensive care unit and the nearby Seke South Community Hall (Unit L) was going to be transformed into a 100-bed temporary medical facility to house patients in case of overwhelming numbers.

He also indicated that Unit L Seke South Community Hall and Tatenda Tavern in Unit H would be transformed into Covid-19 isolation centres in case the town was overrun by coronavirus infections.

The move was seen as a major boost for Chitungwiza’s health care system whose population of more than one million people relies on four council clinics, namely St Mary’s, Zengeza, Seke South and Seke North as well as Chitungwiza Central Hospital.

However, a year down the line the mooted isolation centres are lying idle after work to transform Seke South Clinic into a treatment hub was unceremoniously stalled late last year.

General health services are still suspended and the clinic only serves emergencies and maternity cases.

As for the other centres, Seke South Community Hall and Tatenda Tavern, remain what they were, empty halls where birds have come to roost. The hyped plans to transform them into isolation centres came to nothing.

Council officials said renovations at Seke South Clinic were stalled because the resources fell short in terms of equipping the centre and transforming it to meet the standards of a Covid-19 isolation centre.

They said the total transformation of the clinic and other facilities required US$3 093 727 million.

However, a month-long investigation carried by The Standard with the support of the Investigation Journalism Fund revealed that the handling of Covid-19 funds was shrouded in secrecy despite massive public funding.

The lack of transparency in the proposed transformation of the Unit L Clinic into a Covid-19 isolation centre reeks of corruption, the investigations revealed.

Councillors and residents said despite huge sums of public money spent on the renovation exercise, little information on the procurement and service provision with regards to the isolation centre was released.

Chitungwiza Progressive Residents’ Association director Admire Zaya said as residents they have been clamouring for transparency on the operations of the local authority, including the handling of Covid-19 funds.

“As residents, we are not even aware of how much in Covid-19 allowances our nurses manning council clinics are getting.

“As of the isolation centre, we are not aware of any developments taking place, neither are we aware of the money involved,” Zaya said.

“What we only heard from the council’s health department was that the ambulance ostensibly donated by the first lady was returned to her foundation.

“The town clerk controls with serious intent the outflow of council information.”

Zaya said residents and other stakeholders have, on numerous occasions, engaged the council over its failure to disclose information.

He said residents under a consortium of organisations — Chitungwiza Community Development Network — have through the Freedom of Information Act appealed to access council information.

“There was a lot of enthusiasm around Covid-19, but council chose to frustrate us and kept the information away from us.”

Residents and councillors said concerns surrounding council accountability had remained a bone of contention over the years and they believe the managing of Covid-19 could have opened a can of worms with regards to council’s overly opaque procurement process.

A Chitungwiza Municipality councillor, speaking on condition of anonymity, said apart from being kept secret, the whole process with regards to procurement of equipment of the isolation centre flouted the provisions of the Procurement Act and the Urban Councils Act.

“The procurement at Chitungwiza Municipality is done by management,” said the councillor.

“Councillors do not have a say in all procurement matters.

“In fact, there is now a new unit controlled by a procurement manager.

“This, however, is not in line with the Urban Councils Act as the law provides for a procurement committee that involves councillors.

“We were surprised when we got into council and we were told that the committee was replaced by a procurement board, which is wholly composed of management.

“They said the provision that allows for the setting of a procurement committee was supposed to have been repealed, but it is yet to.

“In the Urban Councils Act, councillors are still recognised as members, who constitute the procurement committee.

“We are surprised by this kind of arrangement.”

The councillor said the management did not have the power to supersede the provisions of the law, arguing that they (management) were not a functionary of the council, such as councillors were. They are employees.

In such an arrangement, council could have created an avenue for the manipulation of the local authority’s procurement system for personal gain.

Sources within the local authority’s finance department said most of the procurement for the Covid-19 isolation centre was done by the health services department, then headed by Herbert Chirowodza, who was acting in the absence of Kasu, who had been elevated to the post of acting town clerk.

Chirowodza, who last year was in the eye of a storm involving government Covid-19 allowances for frontline workers, sits in the procurement board.

“I can single out a tender to buy window panes that was not awarded through a competitive public bidding process, as required by the Procurement Act and the Urban Councils Act,” said a worker from the council’s finance department.

“From our own market research the prices of the window panes were five times higher than the price on the market.”

The council employee said the purchase of the window panes could be a tip of the iceberg as the procurement was done solely by the health department.

Section 210 (4) of the Urban Councils Act provides that a municipal council shall not procure goods, materials or services unless its procurement committee has made recommendations to the council thereon and the council has considered such recommendations.

Investigations also revealed that the health department took over the functions of the council’s procurement department, making binding decisions on the local authority’s behalf, a charge that Kasu denied.

“There has been no wrongdoing and no irregularities with respect to how renovations and refurbishments have been done at Seke South Clinic in preparation for the clinic to operate as Chitungwiza’s Covid-19 isolation centre,” Kasu said.

“Anyone making allegations of such irregularities is not speaking from an informed point of view.”

To make matters worse, the local authority is yet to release its 2020 audit report as provided for by the Public Finance Management Act, which requires councils to release their annual reports at the end of their financial year.

The running of Chitungwiza Municipality has over the years been a bone of contention, which has had ripple effects on service delivery.

Councillors, mainly from the opposition MDC Alliance claim that they have failed to meet to give binding decisions as they accuse government of interfering in the operations of the local authority.

They said they were not aware of the Covid-19 government support, involving money that was meant to transform the clinic into an isolation centre.

“I don’t know anything about that money meant to establish the isolation centre you are talking about. I don’t have that information with me. Why don’t you check with Dr Kasu and his team because they were the ones handling that?” said Chitungwiza mayor Lovemore Maiko.

Kasu confirmed that the facility had remained what it was after renovations were held up due to lack of funding.

“Work on getting the renovations done at the centre came to a standstill because of lack of funding,” Kasu said.

“An initial grant of $1 million was received from the Ministry of Health and Child Care, but these funds were not solely for the renovation of the isolation centre. They were for Covid-19 control activities in general, including case based surveillance.

“This initial grant was exhausted after we had completed some renovation and refurbishment work at the facility that included repainting and repairs to the ceiling.

‘Without further funds being availed the work could not continue to completion.”

Kasu said an assessment of the facility was undertaken by the Department of Public Works in the Ministry of Local Government, which revealed that an additional $48 million was required to complete the renovations.

“It is important for this additional funding to be raised as soon as possible so that when there is another wave of Covid-19 infections we will be able to hospitalise and treat patients,” he said.

“I would like to take this opportunity to once again appeal, as I have been doing all along, to central government, the private sector, donors, development partners and our many stakeholders, for this additional funding.”

Acting town clerk Evangelista Machona could not be reached for comment.