The debate over Nairobi Expressway has been ignited by an award winning Zimbabwean journalist.

The ongoing construction of the Nairobi Expressway in the city has ignited a debate in the South African country of Zimbabwe.

The debate was ignited after a Zimbabwean journalist Hopewell Chin’ono, shared on his official social media page on Thursday, February 3, the progress of the state-of-the-art road project running from Mlolongo to Westlands. 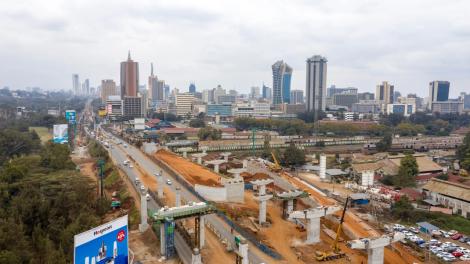 In his message to fellow Zimbabwean citizens, the journalist asked the electorates to vote wisely in order to have similar projects in their country, which are aimed at promoting economic development.

The journalist called out his countrymen telling that the reason why they do not have projects similar to the Nairobi Expressway was because of their choice of leaders.

Hopewell drew a comparison of  President Emmerson Mnangagwa’s led country to Kenya where he noted that they were initially both poor.

“This is what our Kenyan cousins are doing with their country. If you register to vote & actually vote, you could also help Zimbabwe get there in a very short period of time,” Hopewell stated.

He added, “Remember that Kenya was our poorer cousin, today it is 5 times bigger than us.”

The post gained traction sparking mixed reactions from both Kenyans and Zimbabweans over Nairobi Expressway which is considered as one of President Kenyatta’s legacy projects.

Most Zimbabweans took to social media to vent their rage over the state of infrastructure in their country. One social media user, known as Zec shared pictures of the impassable roads in Zimbwabwe challenging citizens to vote wisely.

“Look at the roads in Uzumba Maramba Pfungwe where ZANUPF gest bulk of its vote from. These roads reflect the state of things in the country. 41 years after independence ZANUPF’s looting of public funds and plunder of the nation’s natural resources has destroyed everything,” the journalist responded to Zec.

However, some Kenyans on social media joined the debate, hitting out at Kenyatta’s administration over the mult-billion shillings project .  One social media user, Governor Charles Ole Kabai, castigated the government noting that the cost of building the projects had been inflated.

“Do not let structures in Kenya deceive you that it’s developed. Graft is 5 times more than Zimbabwe with the cost of infrastructure inflated ten times and the cost of living now is three times higher than it was in 2010! Kenyans are dying of hunger in the northeastern and courts cartel operated,” he stated.

Another Kenyan responded to claims that Kenya was initially poor, “For the record, Kenya has never been poorer than Zimbabwe since independence.. I believe we face the same challenges but we are more resilient and innovative.”

Other Kenyans went ahead to share other road projects done by President Kenyatta in addition to the Nairobi Expressway which is set to be commissioned in March 2022.

According to the International Trade Administration, Zimbabwe has been characterised by political tensions that have persisted under President Mnangagwa’s leadership who took over in November 2017 after former President Robert Mugabe resigned.

Disagreements between and within political parties have contributed greatly to the dwindling state of the economy of the country. 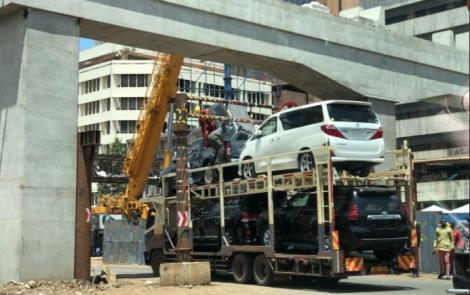