Ncube’s budget gets thumbs down

Source: Ncube’s budget gets thumbs down – The Standard November 17, 2019 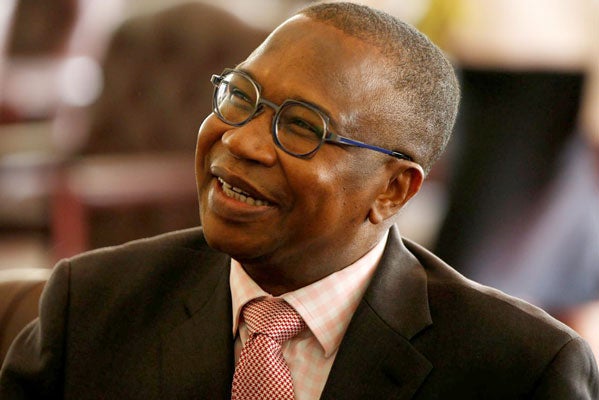 Zimbabwe’s month-on-month inflation rate quickened to 38,75% in October from 17,7% the previous month as analysts warned that Finance minister Mthuli Ncube’s 2020 budget will be rendered useless by soaring prices.

On Friday, the Zimbabwe National Statistics Agency (Zimstat) said the inflation rate had hit a four month high in October, a day after Ncube said the monthly inflation rate would fall to single digits in the first quarter of 2020.

According to Zimstat figures, a surge in the prices of food and alcoholic beverages was behind the resurgence in the inflation rate.

Ncube unveiled a $63,6 billion budget for next year where he said the economy was expected to grow by 3% after a 6,5% contraction in 2019, but analysts and industrialists described the figures as too ambitious.

“I think it has to be appreciated that this budget is coming against a background of a slowing economy,” Zimbabwe National Chamber of Commerce CEO Chris Mugaga said.

“Projections of a fiscal deficit on the gross domestic product (GDP) of 1,5% are not realistic.

“We also look at the issue of expenditure pattern. I don’t think we can have an expenditure of below $80 billion for 2020 given the inflationary trends we are having.

“So generally if we look at the numbers, I think I will agree to say a supplementary budget will certainly be on the way.

“I don’t think I will be surprised with a supplementary budget of a minimum of about 30% of the $63,6 billion.”

Ncube said the budget deficit in 2020 was projected at 1,5% of the GDP from 4% this year. He said economic growth would be driven by better agriculture output and improved electricity supplies.

“Balancing books will be a tall order in 2020 and with the realities of inflation, they are way off the mark,” Mugaga added.

“We can’t have inflation below three digits.”

“A budget of $63 billion is an illusion and unachievable but also reflects the extent of hyperinflation,” Biti said on Twitter.

“Without sorting currency issues, power shortages, corruption and productivity constraints, Zimbabwe is now in recession and decisive measures are required.”

Mugaga said the cut in corporate tax to 24% from 25% was not likely to incentivise the private sector as the taxes remained too high amid the economic meltdown and power cuts.

Ncube also announced that value added tax would be reduced to 14,5% from 15% next year.

But Sekai Kuvarika, the Confederation of Zimbabwe Industries CEO, was upbeat, saying some of the incentives contained in the budget were steps in the right direction.

“What is important for industry is an enabling environment,” she said.

“When we have a stable currency, a stable macroeconomic environment and competitive business environment, we are able to generate that growth.

“I don’t want to comment on whether this is the right quantity of incentives, but what I can clearly say is that when you have your income tax reduced by 1%, it has been reduced.

“So it’s a step in the right direction and I think it will be incremental.

“Our expectation is that this direction will continue over the next few years.”

“The exchange rate is running away and that triggers hyperinflation and the expectation becomes very bad.”

Chanakira said Zimbabwe needed to sort out its politics first if it expected economic relief.

A stalemate between President Emmerson Mnanagagwa and the opposition following a disputed election last year has cast a shadow of uncertainty over Zimbabwe, which is struggling to recover from almost two decades of economic stagnation.