Ncube’s budget: No joy for creatives

STAKEHOLDERS in the arts industry have accused the government of neglecting the arts and culture sector in the 2019 national budget presented by Finance minister Mthuli Ncube last week. 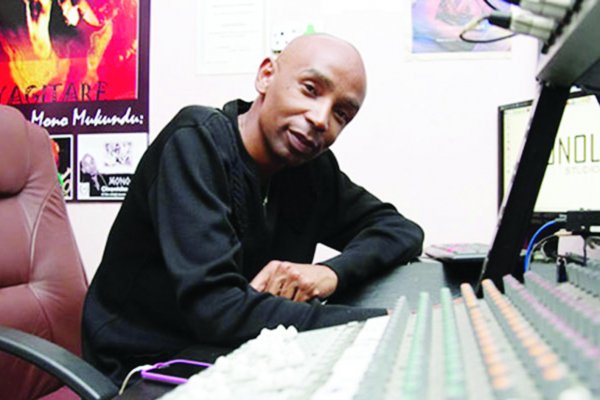 Over the years, the government has continuously come under fire from arts stakeholders for its failure to bankroll the sector, leading to its failure to be transformed into a vibrant, professional and sustainable industry.

The players in the arts sector are on record calling for financial backing from the government to create a conductive environment for the arts industry to thrive. They claim the government has to play a leading role in funding their activities so they can catch up with their counterparts in the region and world at large.

In separate interviews, some of the artists yesterday told NewsDay Life & Style that it was high time the arts and culture sector was financially supported just like other sectors of the economy. They argued that adequate funding of the sector would promote its growth as a potential contributor to the gross domestic product (GDP).

Music management and marketing company, Jive executive director Benjamin Nyandoro said arts was always an afterthought as evidenced by the way the sector has, over the years, been rotated across ministries.

“Arts is always found wanting. Now bundled with equally demanding sectors like youth, sports, and recreation, this is the time where a strong and well-structured National Arts Council of Zimbabwe is needed. There is need to aggressively go for the small cake,” he said.

Chairperson of the Zimbabwe Network for Economic and Social Transformation (Zinest) Takemore Mazuruse said government must take the arts and culture sector seriously, as it has the potential to contribute to the country’s gross domestic product.

“While we take note of efforts to revive other sectors of the economy, we believe meaningful economic and social transformation should be all-inclusive. The recently unveiled budget has no mention of the arts. This is an abnormality that must be corrected, as such an oversight does not only affect the various arts players in Zimbabwe, but also limits investment,” he said.

“Government should set the tone for the revival of this sector. Arts, in some countries like America or closer to home, South Africa, contribute billions to the fiscus and the sooner we wake up to that idea, the better for our artistes and Zimbabwe as a whole.”

Mazuruse said government must engage and consult widely on arts and culture matters so that the growth of the sector could be achieved.

Jibilika founder and arts promoter Plot Mhako said the revival strategy lacked the glue that holds it together in the form of arts and culture, as transformation was about re-defining and re-imagining, and that requires creativity.

“There is no way government could foster a new culture of thinking, doing business, eliminating corruption and inspiring the country to have a new forward looking work ethic and a development agenda without including the arts and culture sector as a key component,” he said.

“Tourism revival and any efforts of building and selling a new Zimbabwe will be futile without realising and harnessing the critical role arts play. America and South Africa are great examples of how the creative industry has built billion-dollar economies, aided tourism and fostered national cohesion.”

Award-winning theatre artist and political activist, Silvanos “Banditi” Mudzvova, said government was clueless as it failed to realise that the arts and culture sector occupied a strategic position for economic recovery.

“This government has been doing this since 1980. We have people who are clueless, but leading our arts and culture sector. What was the contribution of the National Arts Council of Zimbabwe (NACZ) to the budget consultative meetings, what was the ministry’s position with regards to the budget when it was being done, what was the artiste’s input to this particular budget?” he asked.

“The ministry does not even bother to concentrate on arts as it concentrates on sports. This is the same scenario even when we had a stand-alone ministry of arts as it was not even meaningfully funded. Come 2019, there will be no money to improve the arts and culture,” he said.

Mudzvova said there was supposed to be a series of consultative engagements with the arts and culture sector alone with the Finance ministry to hear the sector’s concerns for it to get a share of the budget.

“The NACZ has failed to push for the budget towards the recovery of the arts and culture sector, we should have a clean-up of the arts sector starting with the NACZ, because this is where it all starts and we start afresh. This is what the Minister of Youth, Sports and Arts, Kirsty Coventry was supposed to do,” he said.

Renowned multi-instrumentalist and music producer Clive “Mono” Mukundu said: “The government has never been serious about art, that is why the ministry was always shared with other ministries and every time attention is given to the other side.”

“We need a separate arts ministry which is allocated its own budget, if art is taken seriously here in Zimbabwe, it can bring serious revenue, the mbira instrument on its own attracts music tourists every year. What if it’s backed by a powerful ministry?”

Savanna Trust director and theatre guru Daniel Maposa said: “History has it that the arts is always an appendage of other portfolios and is not regarded as a key economic and social cohesion driver. As a sector we expected specific allocation to the sector to be pronounced.

“We expected more strategic programmes for arts to be prioritised so that we can reap benefits. I really feel there is need for consultations with the government on the potential of the arts. And unless government pronounces strategic support, that potential will never be turned into real economic growth.”

The alleged failure by government to support the creative sector has seen some local artistes not withstanding their innovation in their respective genres, mortgaging the sector to foreign countries by promoting the culture of other countries.