Source: Need for More Transparency and Public Involvement – The Zimbabwean 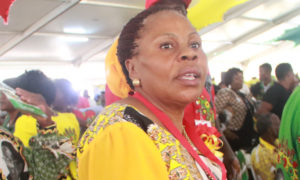 Bill Watch 35/2018 of 23rd October [How Far has This Parliament’s Legislative Agenda Progressed?][link] drew attention to the Speaker’s challenge to Ministers to ensure that Bills on the Government’s legislative agenda for the current 2018-2019 Parliamentary session are submitted to Parliament promptly.  The Speaker warned Ministers that if they failed to do this, Parliament would require them to explain why.

The bulletin also pointed out:

The Executive will have to do better if it is to live up to the Speaker’s challenge.  The President in his opening-of-Parliament speech indicated that the Bills on the legislative agenda would be passed before the end of the session in August or September next year.

This bulletin also builds on the Speaker’s words to Ministers by suggesting that as a matter of constitutional principle Government needs to take steps to ensure that the public is not only more involved in, but kept better informed about, the stages that Government Bills undergo from the initial idea to submission of the final Bill to Parliament.

Parliament already does its best, within its own limited resources and with the assistance of some development partners, to comply with its constitutional obligations to facilitate public involvement in its legislative processes and to ensure that interested parties are consulted about Bills being considered by Parliament [Constitution, section 141].  For instance, through its committees it usually invites comments and submissions on Bills as soon as they are gazetted, and later holds public committee hearings on Bills at venues around the country at which stakeholders and members of the public are free to present their views.  The committees then report those views to the House concerned.

These Parliamentary activities illustrate the application in the Parliamentary context of the constitutional founding principle of good governance, which includes the principles of respect for the people of Zimbabwe, from whom the authority to govern is derived, and the principles of transparency, justice, accountability and responsiveness [Constitution, section 3(1) and (2)].

Because they bind, not only Parliament, but the State and all its institutions and agencies [Constitution, section 3(2)], these principles of good governance also bind the Executive in general and Ministers and Ministries in particular.

How can this be done?

Ministries Can do Preliminary Consultations by Circulating White Papers

Whether they are called white papers, green papers or something else, consultation documents are frequently used in other countries to sound out public views and opinion on proposed legislation.  White papers have been used previously in this country.  A white paper/consultation document would explain the perceived need for a Bill [no existing law at all on the subject, or an outdated or otherwise defective existing law, why a new law is considered necessary instead of alternative ways of dealing with the subject], set out proposals for what the Bill could say, and call for comments, submissions and fresh ideas.  Circulating them in soft copy is an inexpensive method of consultation.

Consultation must, of course, be genuine – which entails the Ministry being ready to consider fresh ideas seriously and adopt them if possible.

This sort of early consultation may well pay dividends later – in the form of public acceptance and a smooth passage through Parliament for the eventual Bill.

If the public are consulted early and are involved in new laws they are more likely to respect those laws and this contribute to the rule of law in Zimbabwe.

Ministries Need to be more Transparent about the Progress of Bills

It has often been difficult to obtain Bills authoritative and reliable official information about the progress of Bills through the several stages they must undergo before they are sent to Parliament.

Regular official Government bulletins about Bills on the legislative agenda and their progress through these pre-Parliamentary stages would do much to dispel the general confusion and public uncertainty that has often prevailed in the past.

A promising step in the right direction?

It is hoped that the briefings after the Cabinet meeting on 2nd October, and similar briefings since, herald greater Government willingness to share information about Bills as a matter of routine.  At the 2nd October briefing, for example, the new Minister of Information, Publicity and Broadcasting Services, Monica Mutsvangwa, among other announcements, announced that Cabinet had approved the Zimbabwe Investment and Development Agency Bill ZimSitRep_M 0 May 18, 2022
Zimbabwe has been hit by a deadly measles outbreak concentrated in the Eastern Province of Manicaland. Source: At least 24 children killed by measles ...
Read More
the latest articles

ZimSitRep_M 0 May 18, 2022
Source: CCC activists chicken out again | The Herald Joana Mamombe Nyore Madzianike Senior Court Reporter CCC members — Joana Mamo ...
Read More
.  It would have been even  more helpful, however, to know whether this was initial approval of the principles of the Bill or approval of the final legal draft authorising the responsible Minister to send the Bill to Parliament for printing and gazetting.

This welcome step needs to be developed into a mechanism that extends to Ministries providing regular information about the whereabouts of all legislative agenda Bills in the pre-Parliamentary pipeline.  Perhaps Minister Mutsvangwa could set up a mechanism through which this information is provided as a matter of routine?

Delay between Final Cabinet Approval of Bill and its Gazetting

Once a Minister receives approval of the final draft of a Bill at Cabinet level, he or she is allowed to send it to Parliament to be printed and published in the Government Gazette.

Parliament releases regular information about every current Bill once they have received it.  But there can still be long delays before it is tabled in one of the Houses.  Parliament sends the Bill  to the Government Printer for printing and gazetting.  This process can be lengthy, depending on the size and complexity of the Bill – page proofs have to be checked by the Government Printer’s proof readers and by the drafters in the Attorney-General’s Office.

Once a Bill is gazetted, Veritas Bill Watch bulletins send out information about it and will extend this to earlier stages once the information is released by government.