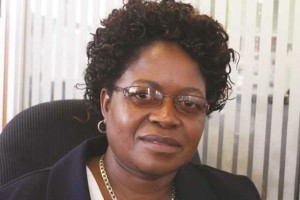 GOVERNMENT has set up a unit to deal with the rot in State-owned enterprises and parastatals, which continue to hurt economic recovery through perennial dependence on the fiscus, it has emerged.
Finance and Economic Planning Minister, Patrick Chinamasa, disclosed that the newly established unit, called the Public Finance Technical Response Unit, which operates under the accountant-general, will deal with corruption, mismanagement and other matters which have been consistently raised by the auditor-general, Mildred Chiri.

For several years, Chiri has presented damning reports on State enterprises and parastatals to Parliament, exposing the rot that has largely contributed to making it impossible for the country’s economy to grow.

She has even made recommendations to curb the problems, but government has not taken action.
Chinamasa said efforts would be made to recover misappropriated public funds and prosecutions made.
“The auditor-general has consistently executed her mandate with neither fear nor favour and has consistently published findings unearthing the rot at a number of public institutions,” Chinamasa said.
“Regrettably, little action has been taken to address identified institutional shortcomings, notwithstanding the red flags dutifully raised by the auditor-general.

“Consequently, the Public Finance Technical Response Unit was established under the accountant-general for the purposes of studying, following up and further looking into matters that are raised through the auditor-general’s reports for the purpose of recovering misappropriated wealth and institution of criminal proceedings, where necessary.” State enterprises and parastatals are grappling with high overheads, inter-parastatal debts, maladministration, under-capitalisation, corruption and lack of good corporate governance which have negatively impacted on their operations.

These have the potential to contribute 60 percent to the country’s gross domestic product.
Instead, most parastatals have failed to make meaningful contribution to the economy and are essentially draining the fiscus.

Chinamasa said he was disappointed by the performance of State-owned institutions.
“Our public enterprises remain a draw back through their inefficiencies, with their contribution to the economy down from around 60 percent to current levels of about two percent,” said Chinamasa.
“Their inefficient operations are a drain on the budget, over and above serving to worsen the high cost of doing business in the economy. Last year’s final year’s audits indicate the 38 out of 93 public enterprises incurred a combined $270 million loss as a result of weak corporate governance practices and ineffective control mechanisms. In addition, 70 percent of these entities are technically insolvent, representing an actual or potential drain on the fiscus. Further, fiscal risks also arise from debts assumption, recapitalisation requirements and called-up guarantees.”

Chinamasa added: “Despite the under-performance of these entities, management at most parastatals continues to enjoy huge salaries and benefits, which breach Cabinet’s directive of packages not to exceed 30 percent of total revenues.”