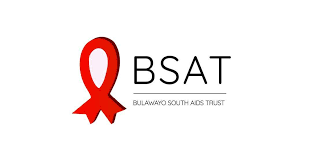 BULAWAYO-BASED non-governmental organisation Bulawayo South Aids Trust (BSAT) on Saturday donated food hampers worth US$3 450 to members of the community who are HIV/Aids positive.

BSAT is a community-based organisation, formed in 2005  which comprises five different support groups namely Intuthuko, Thokazani, Isango Elitsha, Masiyephambili and Ekukhanyeni which co-ordinate the interests of people both affected and infected with HIV/Aids in Bulawayo.

BSAT district aids chairperson Sibahle Moyo told Southern Eye during the  handing over of the donation that the aim was to keep HIV/Aids positive people under treatment since most of them were defaulting due to various circumstances.

“We saw that people living with HIV were defaulting and not taking their medication properly due to different circumstances and poor nutrition. We, therefore, saw the need to seek funds to support the people,” Moyo said.

“I feel this is a huge milestone for us as Nac because in the past the responsibility was given to us to source donations for people living with HIV and Aids and also assisting them in many ways but today they managed to come up with their own community-based organisation and found themselves a donor,” Soko said.

“They have done well on their own and they went out and sourced funds to supplement food for people living with HIV and Aids,” Hlomani said.

She said a balanced  diet was a fundamental requirement for people living with HIV and Aids on a daily basis.

A beneficiary of the BSAAT donation under Intuthuko support group, Ward 6 chairperson Alice Tshuma expressed gratitude for the donation.

“This donation will go a long way as we will manage to feed our families. We are grateful and pray that they continue to remember us in such a way,” Tshuma said.