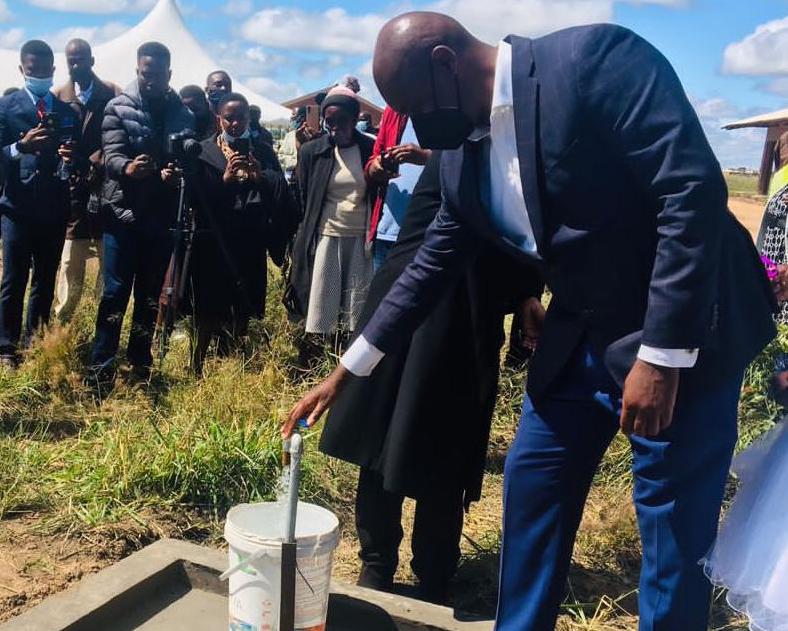 BY PATRICIA SIBANDA
NON-PROFIT organisation, Lot Water Project will construct a filtration and purification plant for three Bulawayo suburbs recently hit by an outbreak of diarrhoea

Gwabalanda, Luveve and Cowdray Park, set to benefit from the programme, were recently hit by diarrhoea after residents consumed contaminated water leading to 13 deaths and landing 1 000 residents in hospital.

Lot Water Project Founder Innocent Hadebe told Southern Eye, during commissioning of a solar-powered borehole at Cowdray Park Primary School, that his organisation will produce tangible results so that money for the purifier can be sourced.

“So the borehole that we just commissioned is like the little blessing that we received. This is part of showing good stewardship so that when we approach others for assistance this will be the evidence of what we have done so far as an organisation,” Hadebe said.

“We already have the model of a filtration plant that we want and we already have an organisation that we would like to work with and it’s based in South Africa. I think everything is almost in order.”

He said he decided to form the organisation after being touched by the number of deaths recorded as a result of people drinking from unclean water sources.