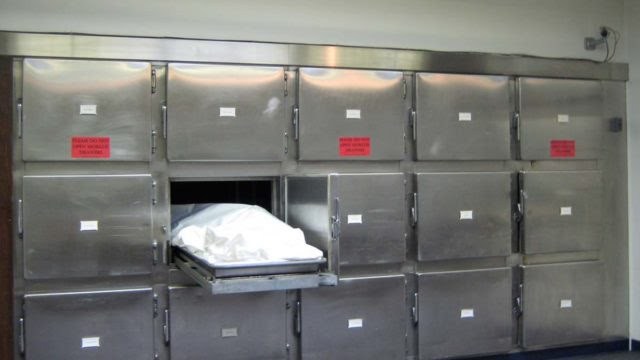 NKAYI District Hospital mortuary in Matabeleland North province has reportedly not been functional for close to 13 years following equipment breakdown.

The hospital is in ward 29 in Nkayi district.

Indications were that very little effort has been made by government to repair the morgue, amid an outcry by locals who now resort to traditional means of preserving corpses before burial in rural areas.

Former Nkayi council chairperson Kufakwezwe Ncube said villagers were in a dilemma over where to take the bodies of their relatives who die at home since the mortuary was not functioning.

He said this was putting them in a difficult position, especially at a time when COVID-19 was causing several deaths.

“Nkayi District Hospital mortuary has not functioned for years now. They now have a heap of skeletal bodies which have not been collected or are difficult to identify and are piled up there,” Ncube said.

“In 2008 when I became a councillor and council chair, I found the same situation. I, however, managed to have pauper burials for some corpses and also got the mortuary repaired. It has since broken down again. The Health ministry and Public Works ministry both do not have budgets to repair it.”

Ncube said as a result, relatives of the deceased failed to view the bodies of their loved ones during funerals due to the decomposed state of the corpses.

“You know these days, people are dying in numbers, and the hospital is not taking any corpses because of the situation. People are now resorting to traditional ways such as use of sand and banana leaves to preserve the bodies before burial,” Ncube said.

Nkayi resident Butholezwe Ndlovu said the situation at the hospital was bad and needed urgent attention.

Nkayi district medical officer Thabani Moyo confirmed that the mortuary was not working.

However, he said it had not been working for the past six months, and not 13 years.

“Yes ,the mortuary is not functioning and this has been so for six months or so. We usually talk to the relatives of the deceased telling them to collect bodies for burial within a day or two after death. The compressor is down and even the mechanism in the facility is not proper. The rollers are not functioning and all this needs urgent attention,” Moyo said.

He said currently, there were no bodies at the mortuary, adding that the Health ministry promised to assist in rehabilitating the mortuary.

Moyo refused to reveal the total cost of the required repairs to the morgue.