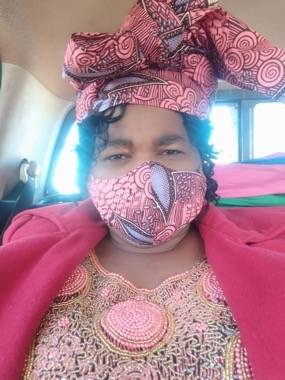 NKAYI South legislator Stars Mathe (Zanu PF) has come under fire for criticising residents who had expressed disgruntlement over delays in the rehabilitation of the Bulawayo-Nkayi Road.

Mathe lost her temper during a Khulumani FM radio talkshow on Wednesday and accused residents of “waffling” after they accused government of lack of political will to implement the project and blamed local MPs for being mum in Parliament over the issue.

But Mathe said she had been vocal about the issue, adding that she had sat down with Matabeleland North Provincial Affairs minister Richard Moyo and Transport minister Felix Mhona to discuss the project.

“Mhona promised that the road will be rehabilitated this year.  He promised that it will not be more than two weeks before the engineer comes on the ground to begin rehabilitation of the road,” Mathe said.

“Even if the rain damages it, for today, drive safely and be thankful… This road was allocated $350 million in the recent mid-term budget. It is meant to be tarred, but for now we are doing this so that people move safely. I hear there is a lot of waffling about this project in groups,” she said.

The MPs remarks sparked outrage from Nkayi residents who said she was out of order. One of the residents said the project had been on the cards for the past 41 years.

“I am saddened by the words used by the MP when she said people are waffling.  We must speak in a civil manner. In Nkayi, there is no road, how do you rehabilitate sand?

“Bulawayo Nkayi Road should be declared a national disaster, we can’t take things as if they are normal for 41 years,” a resident, Nhlanhla Moses Ncube said.

Another resident said it was sad that the people of Nkayi continued to vote for MPs who disrespected voters.

In April, Transport and Infrastructural Development deputy minister Mike Madiro said Nkayi Road construction was put on hold because funds allocated for it in the 2021 budget had been diverted. Construction of the road began in 1993, but three decades later, less than 50km of it have been resurfaced.