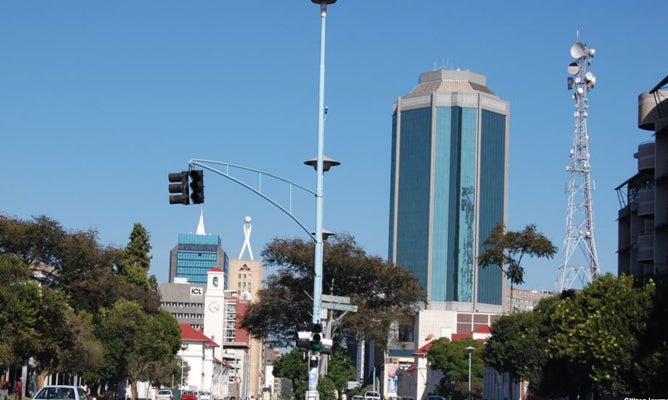 NMBZ Holdings Limited (NHL) says it is accruing interest off its legacy debts worth US$18 million as it awaits foreign currency allocation from the central bank to pay off foreign creditors.

Following the reintroduction of the Zimdollar in June, the Reserve Bank of Zimbabwe (RBZ) issued Exchange Control Directive RU102/2019 that proffered measures to strengthen the new currency regime.

Among those measures, banks were instructed to transfer the RTGS$/ZWL$ that they were holding as counterpart funds for foreign currency historical or legacy debt, which the RBZ would assume at the rate of 1:1.

“It must be noted that while all other foreign currency assets and liabilities were translated at the rate of US$/ZWL 1:7 as at June 30, 2019, legacy debts of US$18 049 918 due to various lines of credit providers, suppliers and service providers were translated at a rate of US$/ZWL 1:1,” NHL chairman Benedict Chikwanha said in the company’s financial results for the period ended June 30, 2019 released yesterday.

“These legacy debts which are in arrears have been registered with the central bank and the ZWL equivalent will be remitted by the due date of August 31, 2019. We are guided by the central bank who have indicated that they will make the foreign currency available at US$/ZWL 1:1 to settle these obligations. We continue to accrue the applicable current interest on these foreign credit lines.”

In total, there are about US$1,2 billion worth of legacy debts which the RBZ, according to State media in July, plans to deal with in a major way through “Brady Bonds”. These bonds are some of the most liquid emerging-market securities.

Such bonds “allow commercial banks to exchange their claims on developing countries into tradable instruments, allowing them to get non-performing debt off their balance sheets and replace it with a bond issued by the same creditor”, according to Investopedia.

“Since the bank exchanges a non-performing loan for a performing bond, the debtor government’s liability becomes the payment on the bond, rather than the bank loan. This reduced the concentration risk to these banks,” it said.
However, the downside risk could leave government with a large debt overhang as it, itself still faces foreign currency shortages.

Meanwhile, in terms of its earnings, NHL continued with the trend of financial institutions reporting triple-digit growth in profits due to exchange gains following the re-introduction of the Zimdollar.

On the difference between basic and headlines earnings, Chikwanha said it was “due to investment properties’ fair-value adjustments and gains arising from the translation of foreign currency balances due to the charge in functional and reporting currency from US$ to the new local currency (ZWL)”.

Operating expenses were up 42% to $23,92 million from a 2018 comparative of $16,82 million in 2018 due to costs arising from the bank’s drive into digital banking and the expansion its presence in different segments.

Total assets registered in the period were recorded at $691,64 million while loans and advances were $263,43 million. Both did not have comparative 2018 half-year figures.

Newer Post
Bob: As divisive in death as he was in life
Older Post
OPINION: Mugabe remained defiant on land until the very end