‘No demolition without court order’ 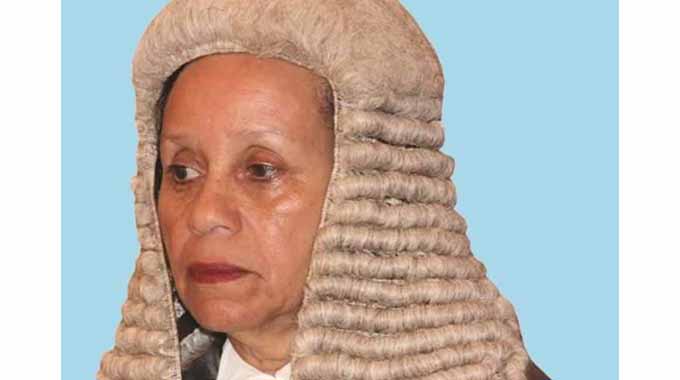 Daniel Nemukuyu Senior Court Reporter
THE Supreme Court has outlawed the demolition of properties or eviction of people from houses by local authorities without a court order. Justice Vernanda Ziyambi, sitting with two other judges of the court of appeal, ruled that the 1979 by-law relied upon by councils over the years to demolish properties deemed to be illegal, was unconstitutional.

Council, in demolishing the properties, relied on Statutory Instrument 109 of 1979, but the court found it to be in violation of the Constitution.

The court held that SI 109 of 1979 became invalid after the proclamation of the new Constitution in 2013.
“Section 74 of the Constitution forbids in clear and unambiguous terms, the demolition of homes without a court order,” ruled Justice Ziyambi.

“The law in terms of which the appellant (council) acted, though valid in the past, became invalid when the Constitution came into effect.”

The court found that the three families were living in the houses that were demolished and that they regarded the properties as their homes.

“Quite clearly, on the evidence presented in the papers, the respondents lived in these houses or structures with their families and regarded them as their homes,” said Justice Ziyambi.

“In the premises, no basis has been established for setting aside the judgment of the High Court as prayed by the appellant.”
Justice Priscilla Chigumba, who heard the matter in 2015 at the High Court, blasted Harare City Council and the Ministry of Local Government, Public Works and National Housing for demolishing the structures in violation of the people’s right to administrative justice as enshrined in Section 68 of the Constitution.

“Under no circumstances are the Government departments at liberty to demolish any structures in the absence of a court order authorising them to do so, whether the structures are illegal or an eyesore,” she said.

“The unlawful conduct of the respondents of demolishing the applicants’ houses without notice and without a court order was deplorable and not justifiable in a democratic society.

“This is a democratic society in which such conduct, especially on the part of Government departments, whose operations are funded by taxpayers’ money, is not justifiable.

“For the avoidance of doubt, and in the spirit of guiding future conduct by these Government departments, the notice of intention to evict must be in writing, not given verbally at a meeting held under a tree. Notice must give those likely to be affected sufficient time within which to relocate.

“If this is not complied with, then the eviction and demolition will be unconstitutional.”