via No election celebrations | The Zimbabwean.

Although Zanu (PF) managed to ‘wrestle’ 23 of the 26 provincial House of Assembly seats in Manicaland province from MDC-T in the election, there are few celebrations in the city. 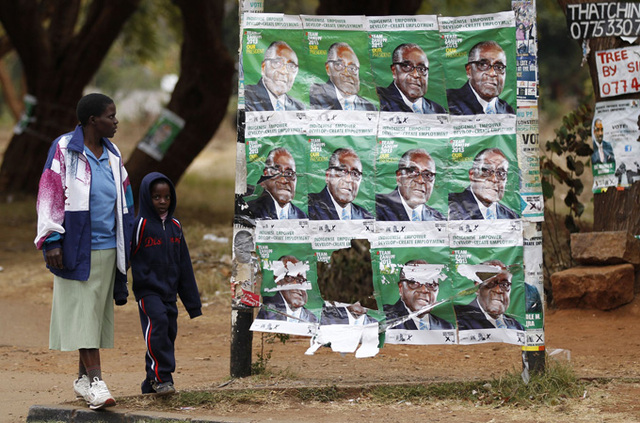 Quiet streets following the announcement of a Zanu (PF) victory.

In the run up to the polls, Zanu (PF) painted the city green, yellow and black. However, following the announcement of the parliamentary and presidential results hardly any locals were seen wearing Zanu (PF) party regalia in the city and surrounding areas.

Locals interviewed by this paper dismissed the outcome of the polls as a “fraud and farce”. They said it was surprising that whilst Zanu (PF) won 75 percent of the vote there was only 25 percent of people celebrating.

“The outcome does not reflect the will of the people. It’s an undisputed fact that the political landscape in the country has totally changed and we will never have one party running the show alone,” said Munyaradzi Maroto of Zimunya communal lands.

There were pockets of celebrations in Sakubva but they quickly faded when none of the residents joined in. People were locked in their houses while vendors continued with their day-to-day business.