No joy from RBZ governor 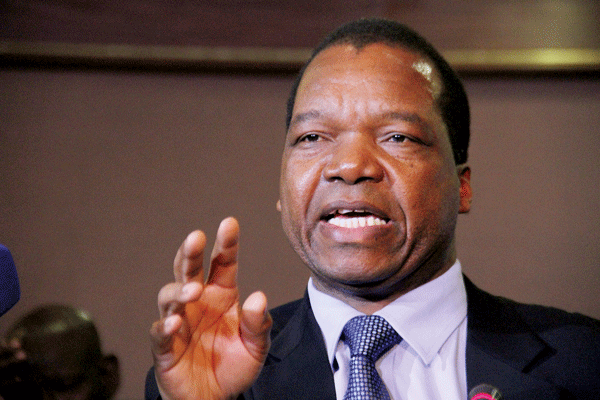 In his Monetary Policy Statement (MPS), the RBZ chief moved cash withdrawal limits to only $5 000 per week, from $2 000 previously, saying he would continue pursuing a tight grip on liquidity to push back mounting headwinds.

Confirming that authorities had been unsettled by currency fragilities, Mangudya whittled down quarterly reserve money targets to 7,5% from 10% to stabilise the free-falling domestic unit.

However, a weekly cash withdrawal limit of $5 000 is still a drop in the ocean in a market characterised by weekly price increases.

It was clear the central bank chief had little room to manoeuvre.

In the run-up to his presentation, it had become clear that even the weekly mobile money withdrawal limit had fallen far below market demands.

The RBZ chief was under pressure to increase it by wider margin to give respite to an increasingly suffocating consumer base.

But even on this front, he was edgy; effecting only small changes, which leading economists said would have minimal significance.

He increased weekly mobile banking transaction limits for person-to-business to $25 000, from $20 000 previously.

His measures included scrapping US$50 facility that was being accessed through bureaux de change to only a few sections of the society.

The RBZ chief said the facility had been abused.

The US$50 facility, which was announced last year, will be available only to vulnerable members of society, such as pensioners, senior citizens, people living with disabilities and those requiring foreign currency for medical purposes.

“The bank is refining the US$50 facility to assist members of the public to access foreign currency for small domestic purchases and payments at the official exchange rate through bureaux de change, with immediate effect, to limit it to the vulnerable members of the society,” Mangudya said.

Zimbabweans who settle their bills in US dollars mostly earn in local currency.

But the Zimbabwe dollar has depreciated significantly in the past year.

It has also failed to hold its ground on the black market, where it has tumbled to US$1: $240, compared to US$1:$120 at the beginning of last year.

The RBZ also laid out new measures to help engender consumer confidence into the free-falling domestic currency, which has been shunned by the private sector and the Finance ministry, which only changed its stance on Saturday.

However, there was good news for tobacco and cotton farmers.

Previously, tobacco farmers were getting 60% forex and the remainder in local currency after selling their crop.

He also extended a lifeline to the tourism sector which was hard hit by COVID-19 by increasing to 100% their foreign currency retention from 60% to allow them to quickly recapitalise and procure the necessary goods and services required by tourists and travellers.

“It is totally insufficient. We required a minimum of 80%. Other sectors have been awarded 80%-100% retentions, yet we are the primary and one of the top generators of foreign currency,” Ambrose said.

Tourism Business Council of Zimbabwe president Wengayi Nhau said increasing forex retention to 100% was a step in the right direction.

“We were retaining 60% forex and now it is our view that this is a welcome move,” Nhau told NewsDay.

“We appreciate it. We express our gratitude to the powers that be. It will give a lifeline to the tourism industry. The tourism industry was the most hit by COVID-19. So by having this timely intervention it means it’s a step in the right direction. This will give us time to recapitalise, focus to improve the product. By being allowed to retain 100% it means we can now retain our forex as you know most of our requirements are US dollar-based,” he added.