The First Lady and Mashonaland Central Provincial acting medical director exchange pleasantries with one of the expecting mothers in a waiting shelter built and equipped by Angel of Hope Foundation. — (Pictures by John Manzongo)

Tendai Rupapa in KANYEMBA
CASES of risky home child deliveries will soon be a thing of the past in Kanyemba following the opening of a fully equipped mothers’ shelter for expecting mothers in Chiruhwe Village. In the past, most expectant mothers delivered at home with help from untrained midwives, who did not have experience in handling complications.

This resulted in the death of new-born babies or their mothers. The women resorted to home deliveries due to the long distances they had to travel to the nearest health facility, with some reportedly walking more than 15km.

So bad was the situation that some mothers reportedly spent two days on the road to health facilities.

Other women were also deterred from making regular visits to clinics for check-ups as Kanyemba is teeming with wild animals.

But thanks to Angel of Hope Foundation led by First Lady Auxillia Mnangagwa, expectant mothers will now be housed at the shelter waiting for their delivery time.

The shelter — which was commissioned and handed over to the community by the Health and Child Care Ambassador, Amai Mnangagwa, yesterday — has facilities to care for mothers and their new-born babies.

It has a waiting ward, lounge, kitchen, toilets and bathrooms.

The shelter was constructed at Chapoto Clinic where nurses will give medical attention to the expecting mothers when necessary. 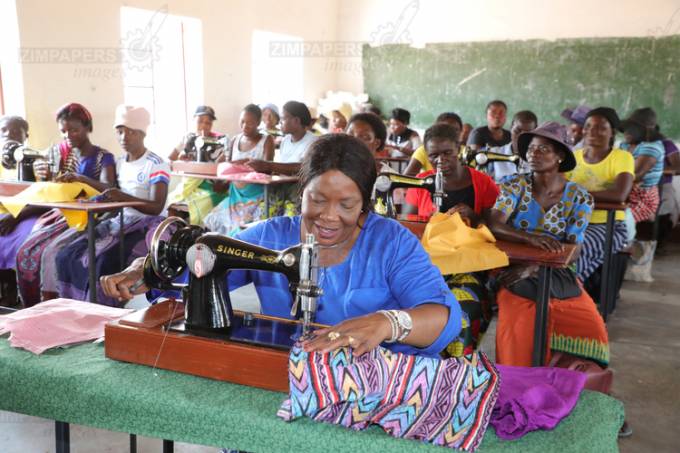 The First Lady, who is on the ground assessing the needs of the community, has rolled out sewing, knitting and cooking clubs and provided a team of experts for hands-on training.

She launched the clubs in Chiruhwe village and similar projects will be rolled out in all the Kanyemba villages, with the aim of empowering women.

Amai Mnangagwa said she was going to bring experts to teach the Chiruhwe village on castor bean production.

The sleepy village also came to life as various sporting activities, modelling and cooking competitions were the order of the day.

Participants walked away with various prizes and the First Lady pledged to provide the netball teams with the necessary kits.

Addressing the gathering, Amai Mnangagwa urged the women to desist from giving birth at home.

“Expecting mothers, I have brought beds for you and other equipment which you will use during your stay at this shelter which was constructed by Angel of Hope Foundation,” she said.

“I urge you all to take good care of this place so that you have a place to stay while nurses monitor you if you have complications,” she said.

Talking of the projects, Amai Mnangagwa said it was her wish to see the women taking them up seriously so that they become self-reliant. The First Lady joined the Doma women during the training sessions and sewn two skirts and a blouse.

“Women, I do not want you to just sit at home without doing anything waiting for handouts, I have brought sewing machines, make use of them,” she said.

Amai Mnangagwa also expressed concern over rampant child marriage among the Doma people. One of the mothers at the newly opened shelter is now 31 years old and is already expecting her seventh child.

She told the First Lady she got married at 15.

“It is painful for a child to bear a child. Children should grow up and mature before getting married. Parents stop marrying off your children before they are of age,” said Amai Mnangagwa.

A Kanyemba woman, Mrs Stella Bhasikoro, said she used to be a professional tailor who sent her children to school thanks to the money realised from the venture.

She had stopped due to lack of resources and motivation but thanked the First Lady for reviving her passion, adding she was willing to teach her fellow villagers the skills.

Minister of State for Mashonaland Central Province Cde Monica Mavhunga attended the function and applauded the First Lady for her continued support towards the Kanyemba community.