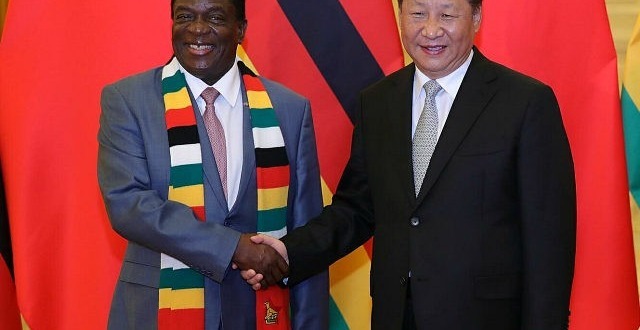 Late 2020, China and Zimbabwe launched five-year policies towards the realisation of vision 2030, sustainable development goals. Zimbabwe being an ally to China, one can question if this was due to diplomatic espionage, developmental experiment (competition), China extending its control over Zimbabwe through what some may call the new “annexation” of Zimbabwe or generally coincidence.

Development is a multi-dimensional process involving changes in social structure, popular attitudes, economic growth, and reduction of inequality and eradication of poverty — Todaro and Smith. From this definition, there is need to understand if the relation, indeed, brings development to Zimbabwe paying attention also to the two policies, as Zimbabwe’s future is at stake.

Looking back, the Chinese were yearning for natural resources and raw materials, while Zimbabwe was stumbling with international relations, which then led to the Look East Policy tying the two economically although the history can be traced back to the precolonial era. If the resources are depleted, will the relationship remain still? The late former President Robert Mugabe once attacked China over how much development it was bringing to Zimbabwe, as what it was giving was not commensurate with what it was taking back home.

Although his successor Emmerson Mnangagwa seems to be in good books with the Chinese, there is still confusion with the people questioning the future of Zimbabwe. This is because referencing with the active years of Chinese in Zimbabwe, there has been less development as desired, as the country’s economic fortunes are still in the doldrums.

National development strategy is closely interlinked with China’s 14th five-year plan, taking note of the realisation of vision 2030. The Chinese as the main investors in Zimbabwe, national priorities were highly-centred on them which in turn to some extent block other investors. Typical examples could be the food security and nutrition which is supported by Chinese agricultural programmes, promoted by Syngenta, although we have our own State-funded Pfumvudza programme aiding on. Digital economy is also in synchronisation with the Chinese focus on cryptocurrency and digital trade rules. Zimbabwe also aims at protecting environment and China turn to aid on technologies relying on MIC 2025. It cannot be refuted that most of NDS priorities are relying on China and it will pave way for enslavement at large, although the nation is set to engage and re-engage internationally.

Digging deep, China’s five-year policy and Zimbabwe’s NDS have a common stratagem towards the realisation of 2030 SDGs. This can improve the dual relationship if the two work closely together as competitive counterparts as a new developmental strategy.

But, however, the opposite is true as one State will always pursue its national interests, leading to dominance and creation of dependency syndrome with less cordial reciprocity. China’s five-year plan focuses on expanding its foreign expertise so as to secure its supply fetters and Zimbabwe is prone to that. China being the so-called big investor of Zimbabwe its behaviour hasn’t been paid much attention as the relationship is like a sinking cargo ship been loaded for a trip. This is because the future China has less to do in improving other nations and hence depending on them is never to bring joy for the future generation.

In April 2020, Chinese President Xi Jinping propounded advantageous use of “China’s pull market to attract global resources and deepen global dependence on China”. Hence, the trust of Zimbabwe to develop under Chinese alliance became moot, paying attention to the principles of modernisation theory as propounded by Walt W Rostow.

Besides depending on China, Zimbabwe could be rich if it makes use of its vast resources which are being exploited by the Chinese. Zimbabwe can be in a place to promote resurgence of gold standard to improve the economic power of the nation, but in turn, we Zimbabweans have created and made use of fiat money, which is now causing and serving as a blockade to foreign direct investment and to a larger extent, the economy will stumble as it is right now and can be traced from the day the nation introduced the use of bond notes ahead of the more stable United States dollar. The government always hide with sanctions, natural disasters and now is the COVID-19 pandemic, paying a blind eye on the Chinese parasitic behaviour and, thus, becomes a matter of politics over economics (who gets what, when and how — H Laswell).

A good example of developmental experiment can be export-led traced from the Asian tigers. Closer to home we have the African lions and Rwanda serving as a typical example with extraordinary policies being introduced to improve the economy of the state. Southern African Development Community or Africa at large should unite and further the ideas of great leaders like Kwame Nkrumah and Muammar Gaddafi of Pan-Africanism and United Africa so as to Africanise development and applaud African Union like the European Union has been done over the past years for serving its mandated objectives. An improvement is noted with the African Continental Free Trade Area taking strides giving hope to developing societies.

Chinese presence in Africa is expanding and some may argue that this is due to less attention on the principles of World Tourism Organisation and that fact cannot be denied. Over an abysmal look on the trade relations, equality as the paramount feature is highly debatable. This is because principles of Most Favoured Nation and National treatment are being observed generally as developing states lack capacity and other better opportunities leading to one side look. Chinese not observing the principle of anti-dumping for instance as Africa has high substandard products from China, he paving a way for China as robust trading nation. There is need to engage and recreate relations with other nations so as to create competitive environment for both development and investment, by such the Zimbabwe is open for business mantra can be applauded as a noble move by the president.

Even if one notes China as a good friend, it cannot be rubbed off that soon or later the relationship will get sour as interests mutates cementing crisis and November 2017 serve as an example when the citizens were singing “… Bhobho watengesa nyika kumaChina usazokanganwa tisu kakakuisa tichakubvisa.”