No to vaccine experiments: Lawyers 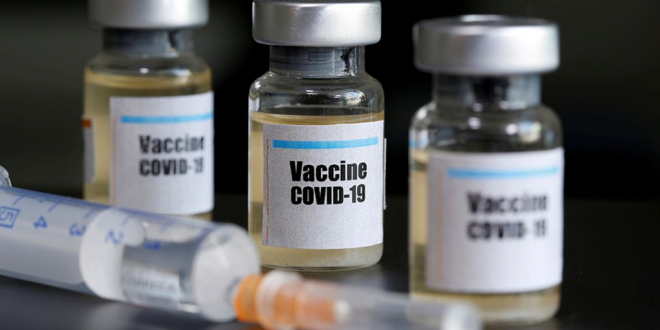 LAWYERS have rejected the use of the Sinopharm COVID-19 vaccine on Zimbabweans without clinical trials to ascertain its efficacy and safety, which they said is tantamount to “experimenting”.

In a letter to the Health ministry, the Zimbabwe Lawyers for Human Rights is demanding that the Chinese-developed vaccine and many should be tested first before inoculation.

The Indian drugs will follow the 200 000 doses received from China on Monday.

“We are grateful to our Indian friends for committing to donate 75 000 COVID-19 (doses of a) vaccine and for the opportunity to buy more moving forward. We are working tirelessly to obtain sufficient vaccines so we can overcome this virus and revive our economy,” Mnangagwa said.

The United Kingdom also pledged vaccines under the Covax facility that will be availed to Zimbabwe and other developing countries soon.

“Today, our Prime Minister (Boris Johnson) will commit the UK to offer surplus COVID-19 vaccines to Covax to support developing countries, including Zimbabwe. That’s in addition to the UK’s significant global commitment of $766 million to the Covax facility, which is led by WHO CEPI [World Health Organisation Coalition for Epidemic Preparedness Innovations] vaccines and GAVI,” UK ambassador to Zimbabwe Melanie Robinson said.

But in the letter to the Health and Child Care ministry dated February 16, 2021 written by their lawyers from Mbidzo, Muchadehama and Makoni Legal Practitioners, the human rights lawyers said they were worried that the bodily or psychological integrity of individuals, which includes the right not to be subjected to medical or scientific experiments, was being violated.

The letter was motivated by comments by Health ministry acting permanent secretary official Robert Mudyirandima, who was quoted as saying that during the rollout, tests would be done to measure the vaccines’ effectiveness on current mutations, variants and strains.

“It is, therefore, our client’s view that clinical trials precede the rolling out of the vaccination programme, the aim being to establish whether the vaccination drug undergoing trials is safe to administer and will not have adverse side effects,” the lawyers said.

“Clinical trials cannot be conducted simultaneously with the actual vaccination of the population as the acting Health secretary appears to suggest.

“If that happens, many lives would be put at risk as they may be victims of irreversible side effects. Reports from other countries where this vaccine has been tested appear to confirm the possibility of such side effects.”

Government, however, sought to allay fears of side-effects with Vice-President and Health minister Constantino Chiwenga taking the jab first on Thursday. He immediately said the Sinopharm was approved by WHO.