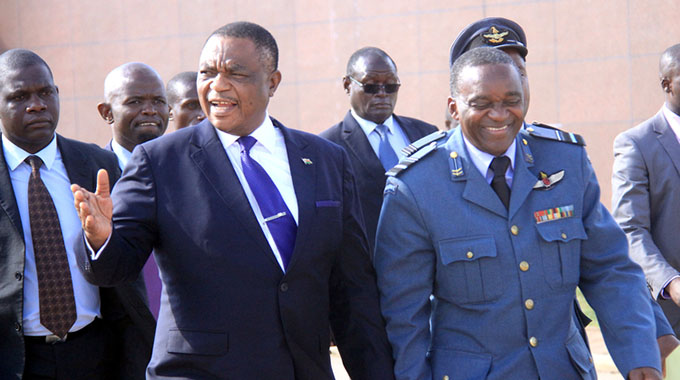 Source: Non-performing parastatals to go: Chiwenga | The Herald May 10, 2018

Presenting a paper at the National Defence University in Harare on “Corporate Governance of State Enterprises and Parastatals in Zimbabwe as a National Security Issue”, VP Chiwenga said in 1980, the country inherited 20 SEPs thinly spread across sectors and contributing around 40 percent of the Gross Domestic Product (GDP).

VP Chiwenga said the new dispensation was determined to ensure that SEPs reform was a success, for the good of the economy.

“A robust SEP sector is key to the country’s efficient allocation of resources, competitiveness, economic development, and poverty alleviation,” he said.

“Against this background, it is common cause that the economic performance of some SEPs in Zimbabwe has deteriorated to unacceptable levels where decisive action to turn them around or close them down if they are of no strategic significance have become necessary.”

“The SEPs therefore need to operate in an environment where good corporate governance practices prevail. SEPs should be subjected to effective oversight and enforcement in order to maximise their contribution to the competitiveness and development of the Zimbabwean economy.”

“The supervision of SEPs by the Government will be strengthened to ensure that their performance enhances rather than undermines national security,” he said.

Cabinet last month approved the consolidation and dissolving of some underperforming SEPs as they had become a liability to the State.

VP Chiwenga said a memorandum for merging the parastatals involved in handling investments was submitted to Cabinet and approved on May 2, 2018.

He said line ministries were expected to develop case-by-case “reform memoranda” for submission to Cabinet through its committee on State Enterprises and Parastatals Development (SEPD).

“To redress the situation, the Government is pursuing a programme of SEPs reform designed to enhance performance, to improve service delivery and to bring more order, discipline and rationality to the sector as a whole,” he said

“A new One Stop Shop Zimbabwe Investment and Development Authority (ZIDA) will be established to handle all investment-related matters.

“These will include promoting good corporate governance in the SEPs sector. Undertaking a strategic portfolio review, SEPs performance reviews and conducting forensic audits where the need arises in some SEPs.”