The corruption trial against Mpumalanga acting Deputy Director of Public Prosecutions Matric Luphondo and former head of the Mpumalanga human settlements department Kebone Masange was delayed on Wednesday following a challenge on the charges. 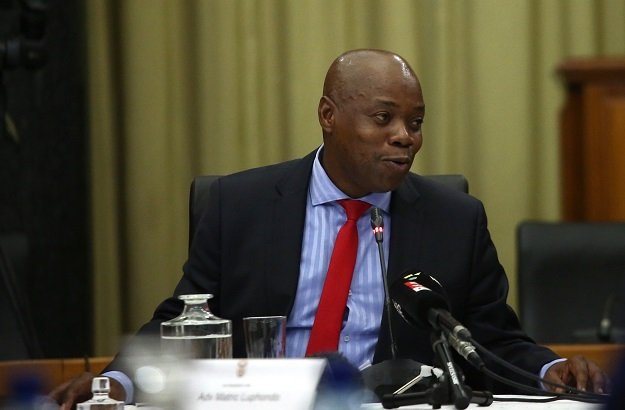 The start of the corruption trial against former Mpumalanga acting Deputy Director of Public Prosecutions Matric Luphondo and former head of the Mpumalanga human settlements department Kebone Masange was delayed on Wednesday following a challenge on the charges.

Luphondo and Masange appeared in the Gauteng High Court in Pretoria, where the trial was expected to start with the accused pleading to charges of corruption, defeating the ends of justice and conspiracy to commit corruption.

However, Luphondo’s defence team objected to the indictment. It is understood that the defence had taken issue with the formulation of the charges. The court heard that while some of the issues had been ironed out, there wasn’t agreement on all the problems raised by the defence.

As a result, both the State and Luphondo’s defence team were expected to submit heads of arguments by Wednesday afternoon, which will be argued in court on Thursday before the trial can start.

The issues must be dealt with by way of judgment before the accused can plead to the charges.

News24 previously reported that Zimbabwean-born Masange was arrested in September 2020 on charges of fraud, possession of fraudulent documents and contravening the Immigration Act.

Masange was accused of being in South Africa illegally and using fraudulent documents in his application for the head of department position at the Mpumalanga human settlements department.

Luphondo and Hawks official Ayanda Plaatjie are alleged to have colluded with Masange to make the criminal charges against him disappear. Plaatjie died in 2021.

According to the charge sheet, on 12 March 2021, Plaatjie approached the prosecutor who had been assigned to prosecute Masange at the DPP’s office in Pretoria and asked if there was any way “to get out of this case”.

On 18 March, Luphondo allegedly called the prosecutor and requested a meeting at an eatery in Arcadia, Pretoria.

There, Luphondo allegedly told the prosecutor that Masange was willing to do anything to get out of the case and that they should help him.

Less than a week later, on 23 March, Luphondo allegedly met up with the prosecutor and handed him an 18-year-old bottle of Glenfiddich whisky, valued at R1 550 and R5 000 in cash.

Luphondo then allegedly told the prosecutor there would be more where that came from.

Both Luphondo and Masange previously said they would plead not guilty to the charges.