STATEMENT IN RESPONSE TO COMMISSIONER OBERT GUTU’S UTTERANCES ABOUT GUKURAHUNDI

Source: NPRC’s Commissioner Gutu should not trivialise Gukurahundi – The Zimbabwean 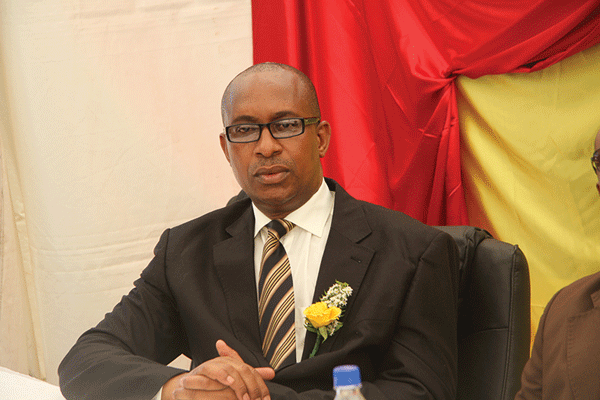 The National Transitional Justice Working Group (NTJWG) notes with concern the recent utterances by the Spokesperson of the National Peace and Reconciliation Commission (NPRC) Commissioner Obert Gutu. On 22 June 2021, during a media address, Commissioner Gutu remarked that “Gukurahundi is just a very small, tiny fraction of the various other disputes we are talking about.” The NTJWG views these utterances as callous and showing no regard for the pain, suffering, and trauma that has been endured by the victims and survivors of Gukurahundi as well as their families.

Zimbabwe’s history is marred with violence and human rights abuses which have left the nation divided. Chief among the epochs of violence that have been experienced by Zimbabweans are the Gukurahundi atrocities which occurred from early 1983 to late 1987. The violations during which an estimated 20 000 civilians were killed occurred following the deployment of the North Korean-trained Fifth Brigade by the late former President Robert Mugabe in the Matabeleland and Midlands Provinces. Although the violations occurred over three decades ago, no official apology has been given nor any other reparations given to the victims and survivors of the violations. As a result, this issue remains emotive, triggering pain and trauma with the need for justice remaining to date.

The NPRC’s mandate includes ensuring post-conflict justice, healing, and reconciliation. Sentiments such as those expressed by Commissioner Gutu serve only to trivialise the experiences of some Zimbabweans. Gukurahundi has previously been denied and trivialised to enable perpetrators of the violations to control the narrative around the atrocities and deny victims, survivors, and their families the space to discuss their lived experiences and seek redress. Considering this, the utterances by Commissioner Gutu are regrettable and concerning.

While the NTJWG acknowledges that Zimbabwe has had various epochs of violence which require the NPRC’s attention, this does not reduce Gukurahundi to a “small, tiny” issue. Furthermore, given the lapse of time since Gukurahundi happened, many survivors and victims, and families of victims are dying without getting redress for the violations. The NPRC should therefore be prioritising addressing Gukurahundi to ensure that the wounds of the past are healed.

The NTJWG affirms its solidarity with the Matabeleland Forum which issued a statement regarding Commissioner Gutu’s utterances and called upon the NPRC to distance itself from these utterances. In addition to distancing the NPRC from these utterances, the NTJWG implores the Chairperson of the NPRC to censure Commissioner Gutu for his remarks and take the necessary steps to demonstrate its commitment to addressing Gukurahundi. A victim and survivor-centric approach must urgently be adopted by the NPRC to enable it and all its members to approach all epochs of violence in Zimbabwe in a manner that will not cause more pain in the nation.

Newer Post
Zimbabweans protest coal mine
Older Post
How is ‘China’ helping to transform ‘Africa’? The need for a more sophisticated debate