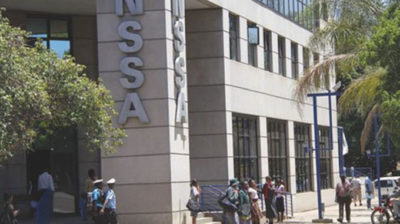 A digital solutions company that is embroiled in a dispute with the National Social Security Authority (NSSA) over a US$10.4 million tender says it met its side of the bargain and its operations are above board.

NSSA is seeking to recover the money it paid to Twenty Third Century Systems (TTCS) for the implementation of systems, applications and products (SAP).

The authority argues that the SAP installed by TTCS failed to work properly.

NSSA filed court summons seeking to recover the money, claiming that TTCS was unprocedurally awarded the tender and should be forced to pay back the money.

Alternatively, NSSA is seeking TTCS to pay damages for breach of contract and is now moving to seize four Borrowdale properties, assets pledged as collateral security by the ICT company under case number 7584/20.

Initially TTCS refused to comment on the matter when it was approached by this publication saying the case was sub judice, but later submitted the responses to the Alpha Media Holdings ombudsman as part of a complaint over the coverage.

TTCS said it went through the normal tender process and was awarded the contract on State Procurement Board PBR 05638 to supply implementation services and hardware, providing SAP software and technical support and services as well as biometric solution.

TTCS said it won the tender against another company identified as Integra on the financial proposal part where it charged US$10.2 million as opposed to  its competitor’s US$17.8 million.

“Therefore, the award was based on the completion of the evaluation process by NSSA, TTCS response bid was adjudged to have been the lowest priced offer, scored above minimum 80% threshold,” it said.

TTCS said its victory was challenged by Integra, which lost the matter at the High Court.

But NSSA in its summons says the tender was not procedurally awarded and thus demands that TTCS refunds the money it was paid after the sacking of Robin Vela as board chairman, who allegedly refused to pay the money after insisting that the tender was overpriced.

The Vela-led NSSA board cancelled the TTCS contract in December 2017 over failure by the company to deliver and alleged overpricing despite numerous pleas from the digital solutions company for more time to implement the SAP system.

The authority’s lawyers, Mutumbwa Mugabe and Partners Legal Practitioners, have also sued Henry Chikova, its former director for benefits, schemes planning and research, for alleged deliberate misinformation that led to the awarding of the tender to an undeserving supplier, TTCS.

TTC also denies accusations by NSSA that its work was overpriced.

It also denied allegations that it got favours from the late former president Robert Mugabe’s office to get government tenders, which The Standard investigations have revealed TTCS was failing to complete on time.