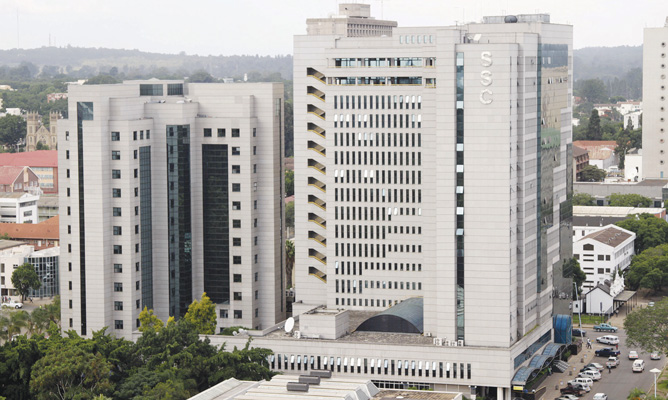 THE National Social Security Authority (Nssa) says it is considering paying pensioners in both local and foreign currency to cushion them from the spiralling cost of living.

Pensioners’ monthly pay outs have been ravaged by inflationary pressures stemming out of the rapid depreciation of the local currency against the greenback since its reintroduction last year.

Zimbabwe’s year-on-year inflation was estimated at 659% last month, the second highest rate in the world after hyperinflationary Venezuela.

In an interview with the Zimbabwe Independent, Nssa acting general manager Arthur Manase said the authority was seriously looking into the issue.

“With the recent implementation of reforms that saw the contribution rate increased from 7% to 9% split equally between employer and employee, as well as the increase in the maximum pensionable salary from ZW$700 (US$8,64) to ZW$5 000 (US$61,73) we are now able to effectively deal with the core issue of benefit payouts. We have already instructed our actuaries to conduct an actuarial valuation to determine the level of benefits that the scheme can afford to pay with implementation of the necessary reforms.

As usual, the reviews will be taken with consideration on the long-term sustainability of the schemes,” Manase said. “Nssa is also evaluating the feasibility of paying part of the pensions in US dollars, in line with what the government is doing for those on the Public Service Pension Scheme.”

He said Nssa had awarded several increments throughout the year in view of the spiralling cost of goods and services.

“Nssa’s mandate is to provide social security for its members and the generality of Zimbabweans. As such we are always mindful of the plight of our beneficiaries and will always strive to pay them decent benefits.

“In July we awarded them another discretionary bonus equivalent to 150% of their monthly pension. All this was done to cushion the pensioners against the rising cost of living,” Manase said.

Nssa has investments in banking, insurance, hospitality and property sectors.

Its investments have surpassed US$1 billion. Nssa was created through the National Social Security Authority Act (Chapter 17:04) of 1989. The legislation empowers the Minister of Labour and Social Services to establish a social security fund.