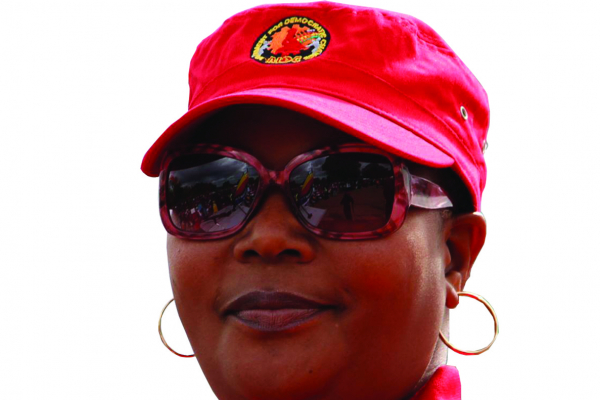 My People, Doctor Amai would like to send warm greetings to all normal Zimbabweans who believe that this country will one day be ruled by Gushungo, Chatunga or even myself.

By DOCTOR STOP IT 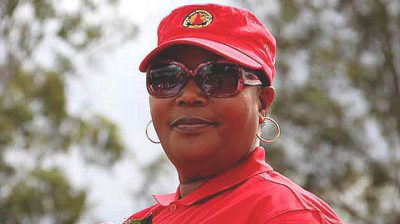 What would be wrong with that? Are we not citizens? After all, Lizard Dhakisi started it all by handing over his Zibagwe constituency to his wife Axiria.
So what Mugabe dynasty were you talking about?

Let me start by congratulating Zanu PF for showing the British that even though we occasionally say the right things on elections, this country will never be a corony again.

Let me congratulate Lizard Ngwena. He has followed in the giant footsteps of the great Gushungo by appointing relatives or friends or their children, including in-laws, to very senior positions.

Some of them, such as Terrible Terrence, appear to be in it for the money only.

Which is why he will assault an elderly person in his office for giving him a “paltry” $910 following a three-day trip in the region.

Looks like assaulting elderly citizens who protect national resources is acceptable in the books of Dhakisi and his party.

Then Terrence is sent to intimidate Zimbabweans by saying the military will not allow Nelson Chamisa to take over as leader of Zimbabwe if he wins the coming elections.

In order to pacify the British who must have been “mortified by the outrage”, Zanu PF deploys poor SK Moyo to mumble and mutter an apology without stating any corrective measures.

But the damage has already been done, voters have already been told that the army will not accept a Chamisa victory.

If there is too much outrage from Zimbabweans, Terrence can always be fired and ED will look like a nice guy, which he isn’t.

But just to show that this is a Zanu PF strategy, Josaya Hungwe was also busy threatening the electorate in Masvingo by telling people that if Lizard essentially shot his way into power, there was nothing to stop him from doing the same to retain power.

Dear Zimbabweans, rather than use soldiers to repeat that tired statement by the military to say they will not support people without liberation credentials and all that palaver about straitjacket popularised by Zvinavashe, the approach has been changed.

Get Terrence and Hungwe to declare that the Junta will not allow civilians to take over the reins of power if they win the elections.

Maybe it is safe to officially declare the elections not free, not fair and not credible. Observers and monitors should not bother coming.

The clueless Lizard has been providing a lot of comic relief of late.

Zimbabweans were not sure whether to cry or laugh when the ZRP launched an anti-corruption unit at an event where Home Affairs minister Obert Mpofu was the guest of honour.

Lizard Ngwena also pulled a bunny from his hat when he established a Special Anti-Corruption Unit, which sent the entire nation into fits of giggles.

Since Operation Restore Regasi, they have not successfully prosecuted a single case and we all know who the corrupt thieves are and where they can be found.

Will the Special Unit arrest the well-connected who are collecting money from a very famous bank and selling it on the streets?

We have always wondered why the MDC leadership claims to be nice people and yet they attract some of the most vile and violent supporters.

Why is it when the leadership claims to be democratic, they embark on some of the most undemocratic activities?

We were not surprised when MDC supporters who had been invited to the Supreme Court by their leaders jeered and verbally abused Thokozani Khupe.

Why would supporters start calling Khupe a prostitute unless if it was a message that resonates with their leaders?

Zanu PF and MDC now mutually admire each other.

One of the famous MDC slogans was: “Mugabe mudenga! Rovera pasi!” (Raise Mugabe and crush him to the ground.)

So the morally upright democrats are failing to hold simple primary elections?

Some members of the president’s private militia are threatening war?

Surely this can’t be the party of excellence failing to do such basic things.

Even allegations of imposing smallhouses and relatives are beginning to emerge.

Those are the things that we associate with that other party, which has never claimed to be democratic.

The future of Zimbabwe

There is a school of thought that the two dominant parties have made their contribution to Zimbabwe.

That thinking suggests that they should be replaced by new parties that would take the best from both and engage in civilised politics and not subscribe to politics of murdering opponents or trying to set them on fire.