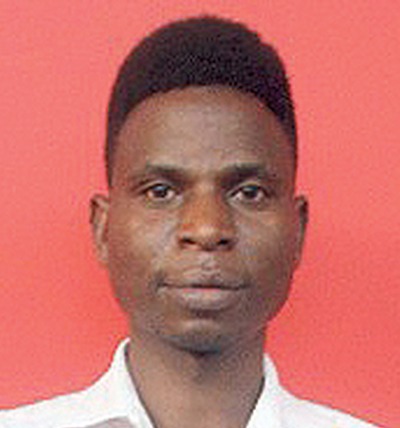 WHILE extending the lockdown last week, President Emmerson Mnangagwa announced an $18 billion economic stimulus package to cushion companies against COVID-19 disruptions. On the black market, the package is worth around US$360 million.

“The package is proportionate to the disruption the virus has caused in our national economy. The economic recovery and stimulus package is designed to scale up production in all sectors of the economy in response to the adverse effects of COVID-19,” Mnangagwa quipped.

According to Mnangagwa, the rescue package is “based on our aspiration to meet the diverse requirements of the economy, which had borne the brunt of the lockdown”.

The announcement came a few days after South African President Cyril Ramaphosa made a similar announcement, where he proclaimed a R500 billion package. He pointed out where every cent of it would come from.

ED announced a package which is 9% of the gross domestic product and 28,6% of the 2020 national budget, but does not know where the money will come from. It remains a mystery how the government will raise the money when it has so far failed to disburse the $200 million bailout package to starving families.
Also, to mitigate the impact of the lockdown, Mnangagwa promulgated Statutory Instrument 96 of 2020 which deferred payment of rentals in respect of residential premises and all mortgage payments for the duration of the lockdown.

While cushioning people is noble and prevalent across the world, extending it to rentals and mortgage payments has disastrous consequences.

Instructing parastatals such as Zesa and local authorities to waive their charges for the duration of the lockdown would come as a relief to edgy companies and consumers. This would have been a good stimulus on top of the $18 billion that the government promised.

An average family now requires close to $1 000 monthly for electricity and that has put electrical power beyond the reach of many despite it being a basic commodity for all urban dwellers.

Given the parlous state of most companies still in business, a Zesa moratorium would have gone a long way in bailing out already struggling businesses

Governments the world over are actually bailing out businesses by extending tax relief to safeguard their economies.

It’s no secret that industry bankrolls most government operations through various taxes, so it is Treasury which stands to benefit if businesses come to their feet in the post-COVID-19 period.

The new dispensation should not abdicate its responsibility.

As it stands, if the government wants businesses to survive the economic carnage brought about by the COVID-19 pandemic, offering loans and grants is a sure bet. But there is a catch.

Is giving the already overleveraged corporate sector loans a good idea? And given Zimbabwe’s economic environment, the answer will surely be no.

For certain, most of these companies will not be able to repay the loans even at 10% interest. But how about converting these loans into equity? Will this not strengthen the corporate balance sheets, moreso leaving the government with a portfolio of equities?
White House economic adviser Larry Kudlow last month noted that “if we provide assistance, we might take an equity position”. This was an admission that free markets have failed to work. The State has a significant role to play in the economy.

In 1992, the government adopted the Economic Structural Adjustment Programme (Esap) — a neo-liberal market-driven policy measure adopted as a prescriptive solution to the economic crisis of the 1980s at the behest of the World Bank and the International Monetary Fund.
Esap entailed reducing government expenditure by retrenching 25% of the civil service, withdrawing subsidies, commercialising and privatising some State-owned companies and introducing user-fees in the health and education sectors, among others.

The programme left a sour taste on the economy and its effects are still being felt today.

The Ian Smith regime had managed to weather United Nations sanctions because it had vibrant State entities and this trend persisted in the first decade after independence.

This was meant to make sure the government remained firmly in control of the economy. The rise of monopolies and oligopolies muddied the waters. The chase for capital invited laws of the jungle. Isn’t it they say capitalism has no morals.

The coronavirus pandemic has provided a window of opportunity to address post-Esap policies that manifested in market failure and ultimately State failure. This is the underlying factor behind the current socio-economic crisis bedevilling the country. The solution should, therefore, be based on the adoption of a government-driven economy that redresses this enclave to achieve inclusive growth and development.

This equity route is meant to prevent companies from being taken over by foreign rivals. But precisely, it will also correct anomalies created during Esap through the Washington Consensus.
The equity stake is prevalent across the globe. The 1971 United Kingdom’s takeover of Rolls-Royce; the Swedish bank nationalisation of the 1990s; or the huge financial bailouts in 2008 that left many Western governments with shareholding in big banks are good examples. These are some precedences of successful interventions.
Neo-liberalists would argue that governments have no business being in markets, but corporates can mess up if they are left to run the show without neutral arbiters.
This is evident in wanton price increases, environmental concerns, lack of public goods, under-provision of merit goods, overprovision of demerit goods and abuse of monopoly power.
For Zimbabwe to achieve an upper-middle income economy by 2030, the State must have its foot on the pedal of the economy. Leaving the economy to market forces has disastrous consequences on social service provision.

Cliff Chiduku is a journalist based in Harare. Feedback: cchiduku@gmail.com