The MDC condemns in strongest terms the continued attempt by Zanu PF to close the democratic space in Zimbabwe. Through the ZBC, Zanu PF sensationally claims that the MDC is planning an insurgency, a clear sign that they intend to intensify a clamp down on our leaders – a pattern which has been prevailing since Zanu PF stole elections in July. 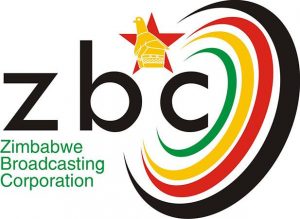 It is unfortunate that we have to keep raising this concern in an era where reforms are part of the solution to the crisis. We have seen attempts to block MDC activities including the use of the police and even a cholera outbreak excuse. The reckless statement from ZBC online is therefore directly linked to the above. It is not only worrying but unacceptable.

As a matter of fact, the MDC is not and will not plan any insurgence but will continue to encourage Zimbabweans to exercise the right to demonstrate peacefully in line with section 59 of the Constitution.

No one can take away this right.

We are Democrats. The President led demonstrations before which were peaceful with no loss of property or damage. When the time comes this is the route that the MDC will follow.

The guilty are afraid, when you steal an election and fail to deliver, you create problems for yourself and start pointing fingers at the victim. This is why President Chamisa in his five point plan highlights the need to address the legitimacy issues arresting our country.

Instead of pointing fingers, Zanu PF ought to take this advice.

We restate our disappointment in the national broadcaster which is supposed to foster cohesion in society but on the contrary spews hate speech and sows division.

Capture and conflation of national institutions is an impediment to progress. It is a scourge and a disease which the MDC will continue fighting to the bitter end. We therefore urge Zimbabweans to ignore the alarmist statement and focus on the task at hand. This is time for lawful citizen action.

The MDC will continue with its countrywide consultations in terms of section 67 of the Constitution.

We will not apologize for exercising our right to form, join and participate in activities of political organisations of our choice. The MDC is a party of choice.