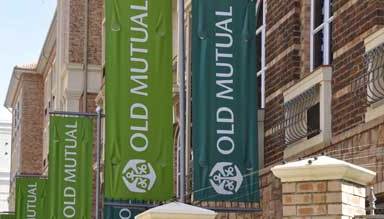 According to figures from the local bourse, foreign purchases accounted
for $13,3 million worth of shares while sales amounted to $20,8 million
during the period under review.

The other two counters to record positive net buying were African Sun $10
032 and Starafrica corporation $1 169.

Old Mutual’s return to the ZSE in June after the parent company completed
a restructuring process, which ended its 19-year stint on the London Stock
Exchange, is still attracting interest from foreigners.

Old Mutual shares were listed on the Johannesburg Stock Exchange with a
secondary listing on the Nairobi Securities Exchange (ZSE) and the Malawi
Stock Exchange.

The listed assurer split the group into four independent businesses Old
Mutual Emerging Markets, NedBank Group, Old Mutual Wealth and Old Mutual
Asset Management as part of a strategy to unlock and create significant
long-term value as well as removing the significant costs arising from the
current structure following the introduction of bond notes in November
2016.

Old Mutual has said it has plans to venture into the tourism industry
after acquiring 6,6 hectares of land in Victoria Falls.

The company is reportedly still in negotiations with the Victoria Falls
municipality to get approval to construct a tourism-related facility in
the resort town.

Stock brokers say interest in Delta could be a result of the company’s
consistency in continuously engaging government and the financial sector
to find ways of addressing foreign currency shortages that affects its
production.

Delta last Wednesday recorded a 77 percent increase in after tax profit to
$57,2 million in the half year to September 30, 2018, driven by increased
lager sales.

Pearson Gowero, the group’s chief executive, told analysts that while
performance was firm across all units, the company is facing various
production challenges.

“The company had an exceptional performance notwithstanding the currency
shortages that slowed the Chibuku and soft drinks businesses,” he said.

He added that during the period under review, consumer demand was firm and
the company has maintained stable retail prices since 2013.

Gowero noted that operating income increased 73 percent over prior year’s,
driven by a buoyant Chibuku Super contribution in the sorghum beer
category.