Once the breadbasket of Africa, Zimbabwe now on brink of man-made starvation

GENEVA / HARARE  – Despite the constitutional protection of the right to food and a sophisticated set of human-rights based national laws and policies, man-made starvation is slowly making its way in Zimbabwe, said the UN expert of the right to food after visiting the country from 18 to 28 November 2019.

Source: Once the breadbasket of Africa, Zimbabwe now on brink of man-made starvation – The Zimbabwean 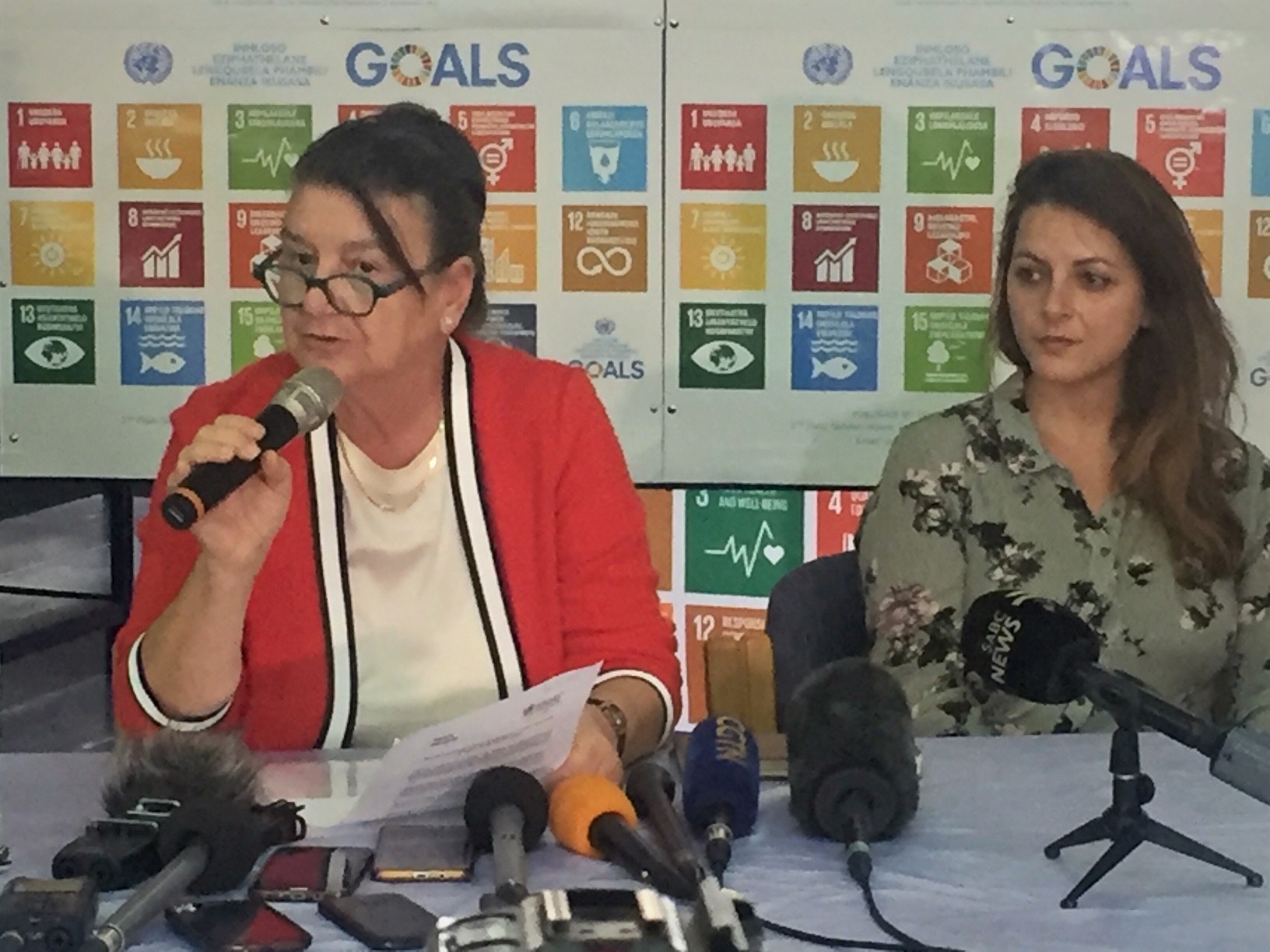 “More than 60% of the population of a country once seen as the breadbasket of Africa is now considered food-insecure, with most households unable to obtain enough food to meet basic needs due to hyperinflation,” said Hilal Elver, Special Rapporteur on the right to food, presenting a preliminary statement at the end of an 11-day visit.

“In rural areas, a staggering 5.5 million people are currently facing food insecurity, as poor rains and erratic weather patterns are impacting harvests and livelihoods. In urban areas, an estimated 2.2 million people are food-insecure and lack access to minimum public services, including health and safe water.

Elver said women and children were bearing the brunt of the crisis.

“The majority of the children I met were stunted and underweight,” she said. “Child deaths from severe malnutrition have been rising in the past few months. 90 % of Zimbabwean children aged six months to two years are not consuming the minimum acceptable diet.

“I saw the ravaging effects of malnutrition on infants deprived of breast feeding because of their own mothers’ lack of access to adequate food.

“In a desperate effort to find alternative means of livelihood, some women and children are resorting to coping mechanisms that violate their most fundamental human rights and freedoms. As a result, school drop-outs, early marriage, domestic violence, prostitution and sexual exploitation are on the rise throughout Zimbabwe.”

Elver said people she met in the drought-affected areas of Masvingo and Mwenezi, located in the driest regions of the country, told her they ate only one portion of cooked maize a day. Women, the elderly and children are barely able to meet their minimum food needs and are largely dependent on food assistance, while most of the men are abroad seeking work, she added.

“I strongly urge the Government to take the necessary measures to reduce the country’s dependence on imported food, particularly maize, and to support alternative wheats to diversify the diet. The Government should create the conditions for the production of traditional seeds to ensure the country’s self-sufficiency and preparedness for the climate shocks that hit the country.”

The Special Rapporteur said the crisis in Zimbabwe’s cities was no less severe than in rural areas.

“I witnessed some of the devastating consequences of the acute economic crisis in the streets of Harare, with people waiting for hours on long lines in front of gas stations, banks, and water dispensaries,” she said.

“The Zimbabweans I spoke to in Harare and its suburbs explained that even if food was widely available in markets, the erosion of their incomes combined with an inflation skyrocketing to over 490%, made them suffer from food insecurity, also impacting the middle-class.

Elver also said that she received “disturbing” information that public hospitals have been reaching out to humanitarian organizations after their own medicine and food stocks were exhausted.

Elver also received indication that the distribution of lands or food had been manipulated for political ends throughout the last two decades, favoring those who support the ruling political party.

“I call on the Government of Zimbabwe to live up to its zero hunger commitment without any discrimination,” Elver said.

“A Government official I met in Harare told me that ‘Food security is national security’. Never has this been truer than in today’s Zimbabwe.

“As food insecurity and land mismanagement increase the risks of civil unrest, I urgently call on the Government, all political parties and the international community to come together to put an end to this spiraling crisis before it morphs into a full-blown conflict.

“Steps could be taken at the national level to respect, protect and fulfill the Government’s human rights obligations, and internationally, by putting an end to all economic sanctions. The extraordinarily resilient people of Zimbabwe deserve no less.”