THE majority of Zimbabwe’s businesses are left with less than a month’s supply of foreign-sourced raw materials and could come to a complete standstill if the country’s foreign currency shortages are not addressed urgently, an industry official has said. 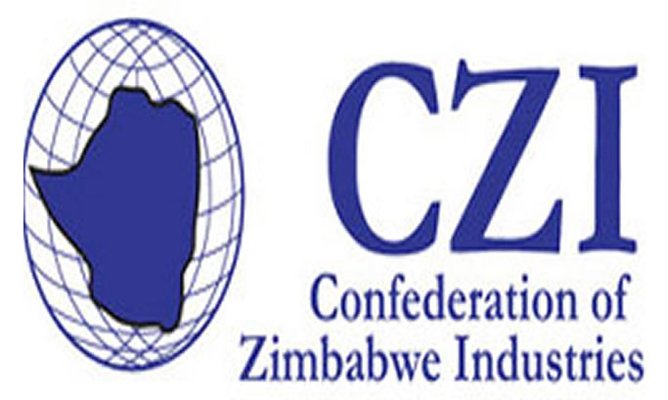 Confederation of Zimbabwe Industries (CZI) president Sifelani Jabangwe told a breakfast meeting in the capital yesterday that a lasting solution to the currency crisis was required in order to get business back on track.

“Most of our members have got a month or less of raw materials, but have no access to then buy more raw materials because there is no (forex) allocation from the RBZ [Reserve Bank of Zimbabwe] … So we have a situation where the country is grinding to a halt. We do not have more than 10 days to make decisions,” he said.

“Right now, as business, we do not have more than 10 days to make decisions because beyond that, we are going to have more businesses closing, then we will have an even bigger problem. Now, as I have said, businesses need to procure raw materials to continue doing business, which is why you have seen some businesses charging in United States dollars.”

Jabangwe called on monetary authorities to liberalise the foreign currency market by allowing businesses to trade in forex in a system similar to how stocks are traded on the Zimbabwe Stock Exchange.

A number of businesses have folded, as the currency shortages intensify.

Capri Zimbabwe managing director Gary Watson, who was also present at the meeting, revealed that his business had been closed since last November because of the foreign currency shortages.

He said the company was sinking in debt and suppliers were refusing to supply on credit and insisting on payment in hard currency.

“We have been closed since November and we are not producing. We had 400 people at the factory, who are not there,” he said.

Zimbabwe National Chamber of Commerce Mashonaland region vice-president Archie Dongo told the breakfast meeting that retailers and wholesalers were struggling to get forex-dependent products due to the foreign currency shortages.

This comes as the continued devaluation of real time gross settlement (RTGS) balances against the greenback has left suppliers demanding payments in foreign currency.

“Suppliers of stock are either demanding exclusively United States dollars or favouring customers willing and able to pay in United States dollars. Currently, those customers who are willing to pay in the foreign dollars are found in the tax-evading foreign currency trading sector. Stock received in US dollars must be paid for in US dollars. I am sure we can all agree with that or invoicing in US dollars,” said Dongo, who also serves as the director for wholesaler N Richards Group.

“Unfortunately, for retailers and wholesalers, there is currently no legal way to achieve this, as the RBZ insists that the Bank Use Promotion Act outlaws discriminating against any legal tender in the multi-currency system … So, law-abiding retailers and wholesalers’ shelves are slowly emptying, while the unregulated informal players are beginning to thrive once again.”

He said there was currently no way that a retailer or wholesaler could mobilise US dollars to pay the manufacturer from the parallel market.

“Therefore, if the supplier comes to us demanding US dollars only, we have no choice but to avoid that product,” Dongo added.

“We are not having enough information as consumers out there. Why are we having fuel shortages and price distortions on the market? I think we need an explanation,” she said.

“I think government has economists in every government department and even chief economists. We have economists even in parastatals who are also supposed to be advising government, in non-governmental organisations and the United Nations. But, after all that effort of continuing to educate highly qualified people, we continue to see all this
madness.”

She said consumers were being shortchanged despite the passing of the Consumer Protection Bill into law.

This year, government gazetted the Consumer Protection Bill, which seeks to protect consumers of goods and services against unnecessary price increases by businesses.

The Bill, now cited as the Zimbabwe Consumer Protection Act, will repeal the Consumer Contracts Act (Chapter 8:03) and provide for matters incidental to or connected with issues of consumer protection.

It seeks to protect consumers by establishing the Consumer Protection Agency and regulation of consumer advocacy organisations.