Source: One-stop shop to lure investors for Zim | The Herald

The Zimbabwe Investment and Development Agency (ZIDA) came into life yesterday as it was officially launched by President Mnangagwa, raising hopes that the country will now go a step further in attracting both local and foreign  direct investment.

What was significant about the launch of ZIDA, which was attended by several dignitaries, including Vice Presidents Constantino Chiwenga and Kembo Mohadi, was that Zimbabwe now has a one-stop shop for handling investments.

Previously, various bodies were mandated with dealing with investors in a separate and uncoordinated manner, resulting in would-be investors being frustrated by delays and uncertainty.

The one-stop shop under ZIDA will provide all services like issuing of permits and licences under one roof, with an investor now being able to complete the process and register a company within hours.

The launch of ZIDA also means that investors will now be clear about the incentives, since the agency is mandated with crafting lucrative packages that can easily lure investors. 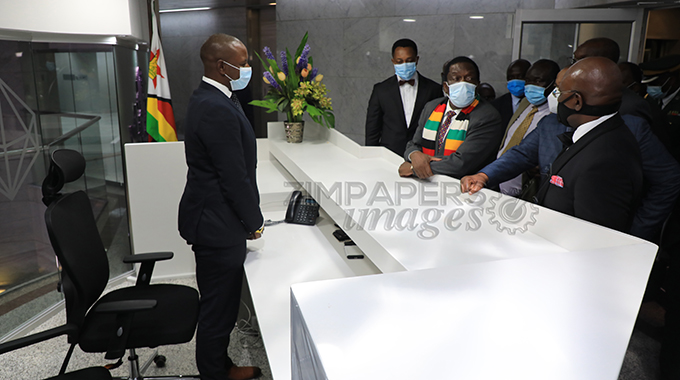 Incentives were a sticking point that had been discouraging prospective investors for a long time because it was not clear on how the investments would reap benefits for both the investor and the country.

Speaking while launching ZIDA, President Mnangagwa detailed Governments’ expectations for the agency, which included to cut red tape and drive investment into the economy.

“The establishment of Zimbabwe Investment and Development Agency (ZIDA) became imperative after the advent of the Second Republic, as we accelerated our quest to leapfrog our economy to an Upper Middle Income economy status,” he said. “The days when investors endured the cumbersome, bureaucratic and lethargic referral pathways to set up business in our country must permanently be behind us.

“I challenge ZIDA to ride on the prevailing macro-economic stability, peace and unity in our nation as well as our hospitality, to attract global capital, skills, technologies and investment.”

President Mnangagwa said ZIDA was there to promote and protect investment and development strategies that encourage both domestic and foreign investment in the country.

He said action and results must be at the centre of ZIDA through tangible and concrete investments towards transforming, industrialising, modernising and growing the economy. 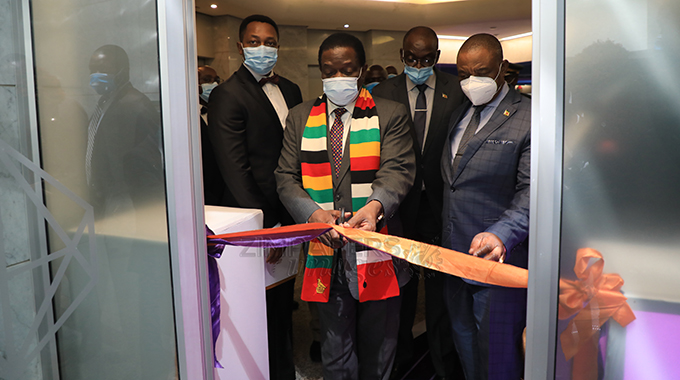 President Mnangagwa said bottlenecks of the past which scared investors must be a thing of the past, as all investment interchanges were now done under one roof by experts.

Ministers were directed to refer potential investors to ZIDA.

President Mnangagwa said the launch of ZIDA was a reassurance to local, regional and international investors that indeed Zimbabwe remains open for business.

“We must continuously improve and make progress on the rankings in the ease of doing business,” he said.

At the helm of ZIDA, President Mnangagwa appointed industrialist Mr Busisa Moyo as board chair and Mr Douglas Munatsi as chief executive, to drive the private sector-led growth championed by the National Development Strategy 1 (2021-2025).

“In line with our private sector-led development thrust, I anticipate greater collaboration between Government and private sector stakeholders in all our provinces to craft and implement sustainable investments projects across all sectors of the economy,” said President Mnangagwa.

“To this end, the active participation of the private sector stakeholders and our diaspora citizenry is absolutely critical.”

The launch came after President Mnangagwa signed the ZIDA Act into law on February 7, giving legal effect to the agency.

Consummated along the lines of the Rwanda Development Board (RDB), ZIDA is mandated to give an exhaustive investment prospectus to would-be investors.

The RDB is credited for the economic turnaround witnessed in Rwanda in recent years.

The impetus to fast track the establishment of ZIDA came after President Mnangagwa visited Rwanda and toured the RDB in 2018.

Speaking through his envoy to Zimbabwe, Ambassador James Musoni, President Kagame also talked of the achievements brought by the RDB to his country.

VP Chiwenga said when President Mnangagwa assumed office, he made it clear that Zimbabwe was open for business and prioritised the economy over politics.

He said the President’s vision was to improve the livelihoods of ordinary Zimbabweans and the formulation of ZIDA was a message to the world that Zimbabwe was driving an economic development agenda.

VP Mohadi commended the presence of ZIDA as it will help drive the ease of doing business, which the Second Republic is working to achieve as part of measures to attain an upper middle income society by 2030.

In separate addresses, Mr Moyo and Mr Munatsi pledged to work towards the fulfilment of the mandate ZIDA was formulated to achieve.