One year on, no justice for those killed by soldiers in post-election demonstrations

One year on, the soldiers who opened fire on protesters in the aftermath of the general elections, killing at least six of them and causing injuries to scores more, have still not been held accountable for their actions, Amnesty International said today.

Source: One year on, no justice for those killed by soldiers in post-election demonstrations – The Zimbabwean 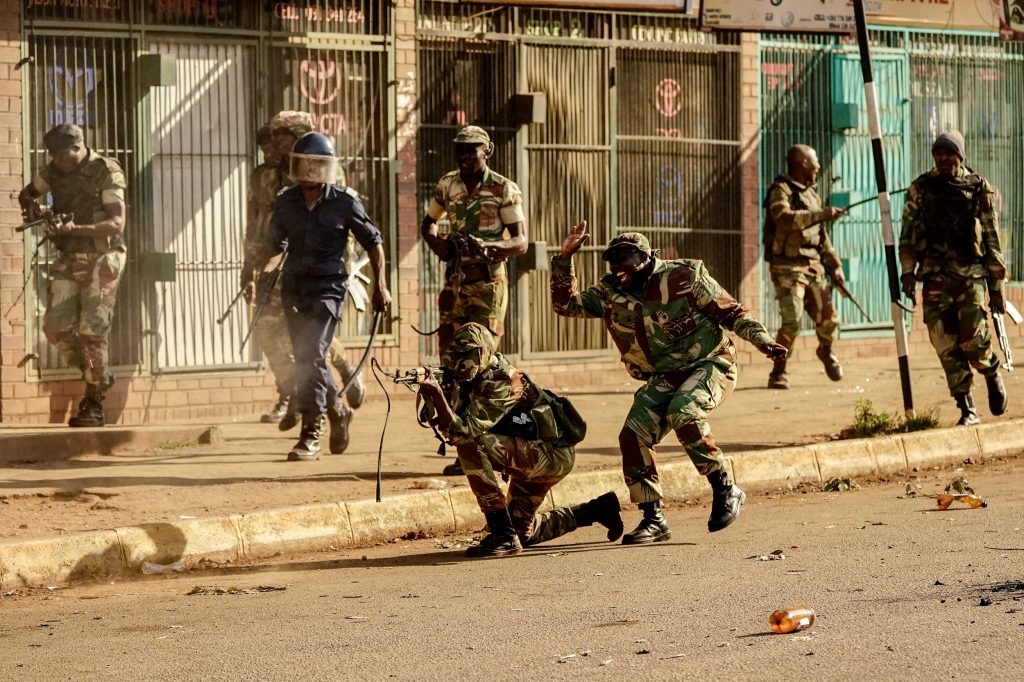 The army, which was illegally deployed, used live ammunition to disperse protests in the capital Harare, after delays in the release of the presidential election results by the Zimbabwe Electoral Commission.

“The tragedy of the post-election shootings is compounded by the fact that no one in the army suspected to be responsible for the bloodshed has been held to account for these brutal killings. This is despite the fact that the alleged perpetrators have been identified through the media and social media videos and pictures,” said Muleya Mwananyanda, Amnesty International’s Deputy Director for Southern Africa.

“If the Zimbabwean government wants to demonstrate that it is committed to human rights, it needs to ensure that the wheels of justice start turning faster than they have done over the past year.”

After the shooting on 1 August 2018, the Zimbabwe Republic Police confirmed that three people were killed when soldiers fired at demonstrators as they ran away. The number was later confirmed to be six. Some of the injured and dead were shot from the back.

The army also ordered journalists covering the protests to switch off their video recording equipment and cameras.

If there is violence in the context of a protest and the use of force is unavoidable to mitigate against the threat posed by participants or bystanders, law enforcement officials must use only minimum force necessary to contain the situation and must comply with the UN Basic Principles on the Use of Force and Firearms by Law Enforcement Officials.

“Authorities must institute thorough, effective and impartial investigations into the killings of protesters, some of whom were killed while fleeing, with those found to have acted unlawfully brought to justice through fair trials,” said Muleya Mwananyanda.

“Zimbabwean authorities should under no circumstances allow further impunity and cover-ups for the killings. If Zimbabwe is to become a human rights respecting society, no one, including the army, should be untouchable for violating human rights.”